A taste of Flavor 574: A night at the ballpark 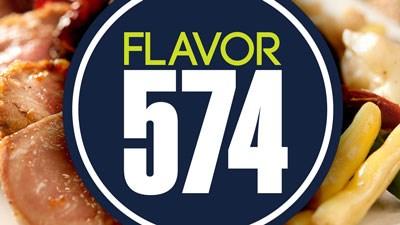 The first signs and tastes of summer are nearly here! Flavor 574 columnist Marshall King joins ABC 57 in studio Thursday to talk about a special night ahead of the South Bend Cubs home opener.

A Night at the Ballpark

Opening Day at Four Winds Field will be busy, but the park opens up to fans for the first time in the 2016 season next Wednesday night. Baseball fans will get to watch the Cubs practice, the kids can run the bases, and you can taste your first (though probably not last) ballpark hot dog of the year. If you're willing to spend a little more for a ticket to the stadium club, the proceeds benefit the Elkhart Boys and Girls Club. Check out Marshall's Flavor 574 story for more information on where you can score tickets.

Cafe Justo cutting out the middlemen

A coffee company based in Northern Mexico is trying to change the economics of the coffee industry. Like the name implies, translated to mean justice and equality, the co-op cuts out the middlemen in coffee sales who often take a lot of the profits away from the farmers who grow it. Marshall's story more closely examines how your morning cup o' joe can alter an entire culture.

Hot dogs aren't just for the ball park! A popular Elkhart hot dog joint is expanding again, this time opening up for the breakfast crowd. Find out what time they open their doors here.