Thanks to the chilly temperatures that most of the country has seen over the last couple of months, we have a VERY slow start to the severe weather season in Michiana. In fact, the National Weather Service office outside Syracuse in Kosciusko county has not issued a severe thunderstorm warning or tornado warning yet this year. This is the latest we've ever gone on record without one, when we typically have some kind of active weather in early to mid April. This condition isn't even contained to Michiana. 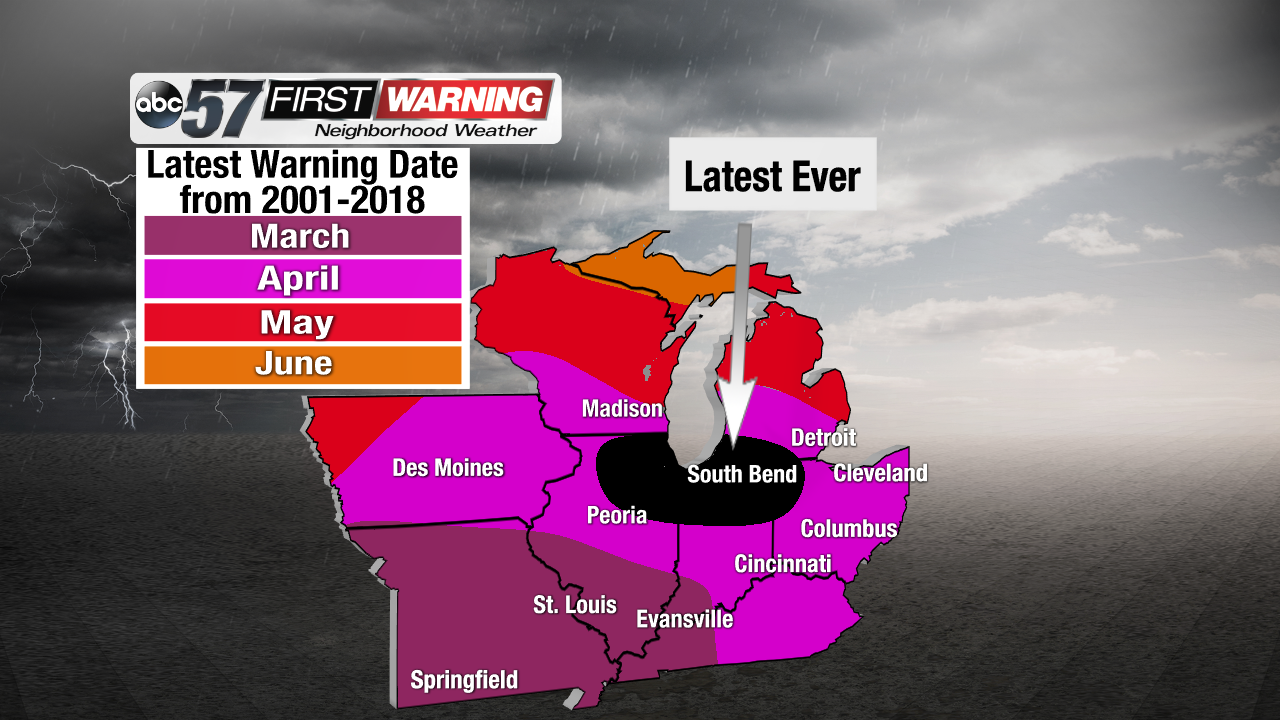 This is the latest we've ever gone in 2018 for Michiana and Chicago without a severe thunderstorm and/or tornado warning.

The Great Plains have been dealing with the cooler temperatures and very dry conditions for much of March and April, putting a strain on active weather. It has been especially quiet for Oklahoma and Kansas, who typically see severe weather ramp up by the beginning of April. There hasn't been a single confirmed tornado in either state so far this year, which hasn't happened in Oklahoma since 1988! If the rest of the month stays on the calm side, it could mark the slowest start to the severe weather season for the heart of Tornado Alley since 1950!

But, the pattern looks to be changing as the calendar changes from April to May. The jet stream will shift, allowing warmer and humid air to sweep northward, bringing the 70s up towards us next week. That means that the fuel for severe storms will be in place over Tornado Alley in the next few days, which could drop twisters in that area. 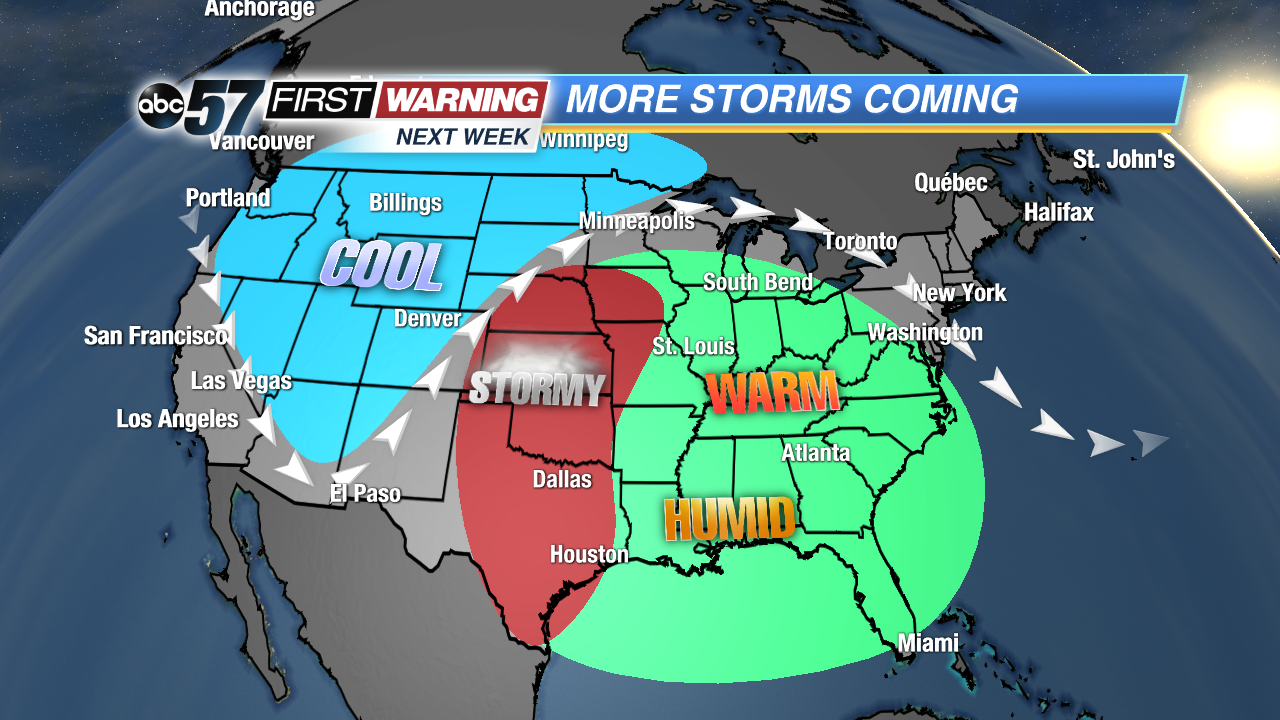 The pattern will support the chance for severe weather over Tornado Alley next week.