ABC 57 Exclusive: Inside the house where Tramelle Sturgis was killed 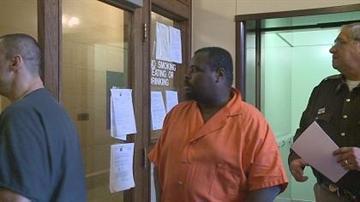 SOUTH BEND, Ind. - The owner of the home where Tramelle Sturgis was murdered allowed ABC 57 News cameras exclusively inside.

Noah Nickell bought the home from HUD 35 years ago and has had several renters over the years.

"I didn't have any problem with them," Nickell said.

Nickell showed us around each room. The living room, dining room, kitchen, the three bedrooms upstairs and the basement where investigators said Tramelle, 10, was beaten to death by his father.

Witnesses in court Thursday described the main floor of the house at 1130 West Washington Street as being in "pristine" condition. There was no evidence of abuse on any of the three levels.

Investigators said that Sturgis lived in the basement with his five children. There were no bedrooms in the basement. The beds were described as just set up in random places. The space would have been cramped and dark with only one light.

There were more than 700 photos taken by homicide detectives with Metro Homicide. Most of the photos were taken in the basement where the alleged abuse took place. Some of the photos showed blood dripping down the walls after the kids were abused with wooden sticks and various other objects.

In opening arguments Thursday, the prosecution said that Tramelle had more than 60 visible wounds, including serious burns along with previous and current cuts.

Tramelle's 14-year-old brother, who was not identified by police, was also injured to the point he had to go to the hospital.

There was no evidence of abuse left in the basement during our visit. The only items we uncovered were coloring books, Bible flashcards, a few items of clothing and candy wrappers--evidence that kids once lived and played in the space.

Nickell said that he never saw any evidence of abuse. He said it was either cleaned up by investigators or by the workers he hired to clean up the house and get it ready for rent/sale.

Nickell said that he has had a few people call for information about the house but when they discovered what happened they weren't interested.

"The house had nothing to do with child abuse, that's human behavior," said Nickell.

He said he doesn't understand the fear in living there and when asked if he would live there, he responded "sure".

Click on the video player to see inside the home.