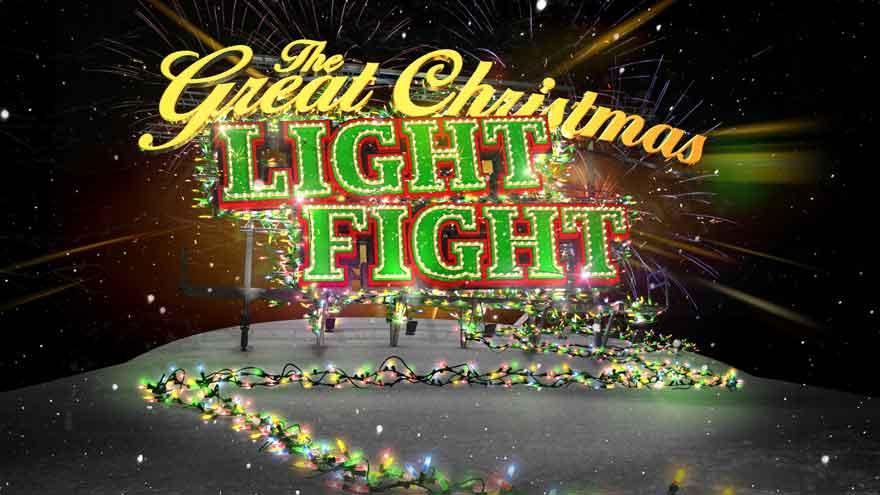 This year, ABC has expanded its 25 Days of Christmas to all of its networks. ABC, Freeform, Disney Channel, Disney XD and Disney Junior will be airing holiday-themed programming and entertainment for the whole family throughout December, leading up to Christmas Day. Viewers can ring in the season with festive specials, classic holiday movies and returning favorites.

25 Days of Christmas is the holiday event viewers look forward to all year long. This year, there is more for everyone: more original shows, more fun and laughter, more opportunities to take part in this beloved holiday tradition," said Ben Sherwood, president, Disney|ABC Television Group. "We hope everyone joins in the fun as Disney|ABC spreads holiday cheer across all of our channels and platforms for audiences everywhere."

Freeform will continue to be the home of all your favorite Christmas films with a robust library of holiday favorites including “Elf,” “National Lampoon’s Christmas Vacation,” “The Santa Clause,” “The Polar Express” and many more. The network will also debut its first original Christmas movie, “Angry Angel,” starring Brenda Song and Jason Biggs. Additionally, Freeform will feature “The Wonderful World of Disney: Magical Holiday Celebration,” (originally airing on ABC) and premiere “Decorating Disney: Holiday Magic,” a one-hour holiday special giving viewers an inside look at how holiday magic is created throughout Disney Destinations. Viewers will go behind the scenes as a team of dedicated Disney cast members and Santa’s helpers transform Disney theme parks and resorts into a winter wonderland.

Disney Channel, Disney XD, Disney Junior and Radio Disney will add to the joy with special holiday-themed programming including episodes of hit series “Stuck in the Middle,” “Marvel's Guardians of the Galaxy,” "Mickey and the Roadster Racers” and “Sofia the First.” Disney Channel, in partnership with Disney Parks, will present a holiday telecast, “Disney Parks Presents a Disney Channel Holiday Celebration,” featuring performances by fan-favorite Disney Channel stars; and Disney Junior will debut “The Lion Guard: Timon and Pumbaa’s Christmas.”

Additional programming and a full schedule will be announced soon and added to this page. Here are a few dates already released:

Country Music queen Reba McEntire will debut as host for the eighth annual “CMA Country Christmas” event from Nashville’s famed Grand Ole Opry House on Monday, November 27, 8/7c on ABC. The two-hour holiday music celebration airs on the ABC Television Network and will feature performances by McEntire and a lineup of today’s best in Country sharing their favorite sounds of the season.

Back for a third season on The ABC Television Network, “The Great American Baking Show” based on the hit U.K. series “The Great British Bake Off,” premieres on Thursday, Dec. 7 (9:00–11:00 p.m. EST), for a special three-week run where bakers from around the country put their best recipes forward as they compete in holiday-themed challenges and eliminations all hoping to be named “America’s Best Amateur Baker.”