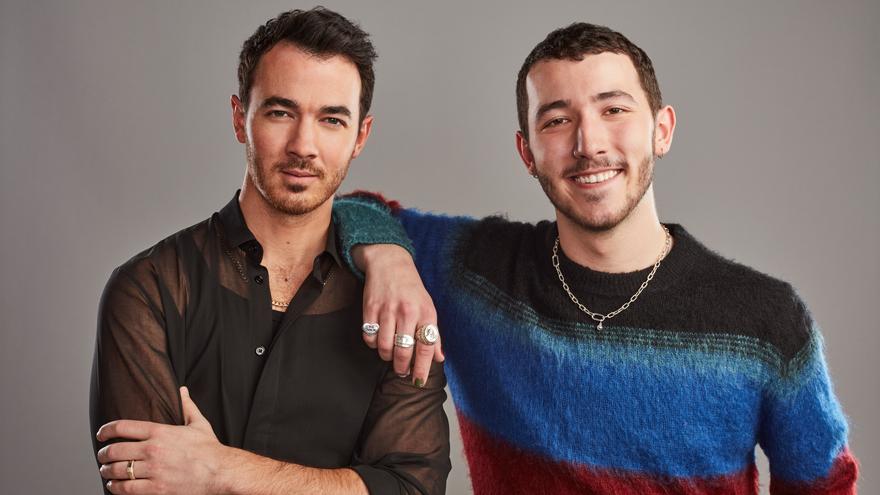 ABC has announced the premiere dates for its unscripted summer series. The list includes a new season of The Bachelorette, a new reality competition series called Claim to Fame, hosted by Kevin and Frankie Jonas.

Information on the series/specials below.

Michael Strahan is back as host of “The $100,000 Pyramid,” the timeless word-association game in which two celebrities and their partners face off in a race against the clock to make it to the winner’s circle and take home $100,000.

“The American Rescue Dog Show” is the preeminent dog competition featuring rescued companions as they strut their fluff, competing for a slew of “best in” titles while stealing America’s hearts. These prized pups may be cute, but the competition is fierce. In the two-hour special, rescued dogs from all across the country will compete in seven categories including Best In Underbite, Best In Snoring, Best In Belly Rubs and more. A $10,000 donation to a local animal welfare organization will be made in honor of the winning dog in each category, and each category winner will have the chance to be named the Best In Rescue with an additional $100,000 donation being made in their honor. This comedic and heartfelt take on the world of competitive dog shows is a celebration of rescued dogs and the joy they bring to our lives. Dynamic duo Rob Riggle and Joe Tessitore host America’s cutest competition special with ESPN’s Monica McNutt serving as sideline correspondent. Dog-loving celebrity guest judges, who will be announced at a later date, will also make special appearances.

After unwaveringly supporting each other through a devastating dual breakup in the season 26 finale of “The Bachelor,” fan favorites and fierce women Gabby Windey and Rachel Recchia stand by each other’s side yet again as they set out on a journey to find love. The two co-star on the upcoming season 19 of “The Bachelorette,” with Jesse Palmer returning as host.

Breakout fan favorites from “The Bachelor” franchise are back and ready for a second (or third) chance at finding love. They may have left their respective seasons brokenhearted, but now they have the opportunity to travel to a romantic paradise in hopes of turning a potential summer fling into the real thing.

Hosted by the highly popular stand-up comedian, actor, author and Emmy® Award winner Steve Harvey, “Celebrity Family Feud” has celebrities along with their families go head-to-head in a contest to name the most popular responses to survey-type questions posed to 100 people for a chance to win money for a charity of their choice.

Co-hosted by siblings Kevin and Frankie Jonas, this new series challenges 12 celebrity relatives to step outside their famous family member’s shadow and live together under one roof, concealing their identity and lineage in the quest for their own fame and fortune. They will compete in challenges, form alliances and play DNA detective in hopes of avoiding elimination and winning the coveted $100,000 prize, and staking their own “Claim to Fame”!

The newest show to join ABC’s unscripted lineup is the larger-than-life physical comedy game show, “The Final Straw.” The stakes are high as four teams of colorful contestants face off to combat tremendous tipping towers. Each life-sized themed tower is chock full of various objects ranging from basketballs to small kitchen appliances as contestants try to successfully pull items from the stack without tipping it over in order to earn prizes. If the tower falls, the team is eliminated and the last team standing will compete against The Mega Stack, an epic battle of physics where the odds are literally stacked against them, in hopes of winning a life-changing grand prize.

Martha Stewart, known for turning everyday living into an art form, is ready to part ways with pieces from her vast collection of furniture, art and housewares in this new one-hour special. Over the years, Martha has amassed an assortment of items that ranges from fine art to knickknacks. During the special, she will regale viewers with fond memories of how these beloved items were acquired and offer expert advice on how to execute a successful tag sale. Alongside her team of event planners, Martha will host a series of tag sale events including an exclusive cocktail party for celebrities and neighbors to preview the sale.

Steve Harvey serves as the judge, jury and star of “Judge Steve Harvey,” the one-hour unscripted courtroom comedy series. Real-life people with real-life conflicts present their case in his television courtroom, ranging from family disputes, unpaid bets, sour friendships and everything in between. With the help of Nancy, his trusted bailiff by trade, Steve plays by his own rules, basing his courtroom on his own life experiences and some good old common sense.

Hosted by Elizabeth Banks, “Press Your Luck” is a game of wits, strategy and even higher stakes as contestants try to avoid the iconic and devilish WHAMMY for a chance at life-changing cash and prizes. During each game of “Press Your Luck,” three contestants compete against each other answering questions to earn spins on the Big Board. Contestants then use their spins to win cash and prizes while trying to avoid the WHAMMY, who could take all of their winnings and leave them with nothing. The winning contestant moves on to the bonus round to face the WHAMMY in a final battle for the chance to win $1 million.