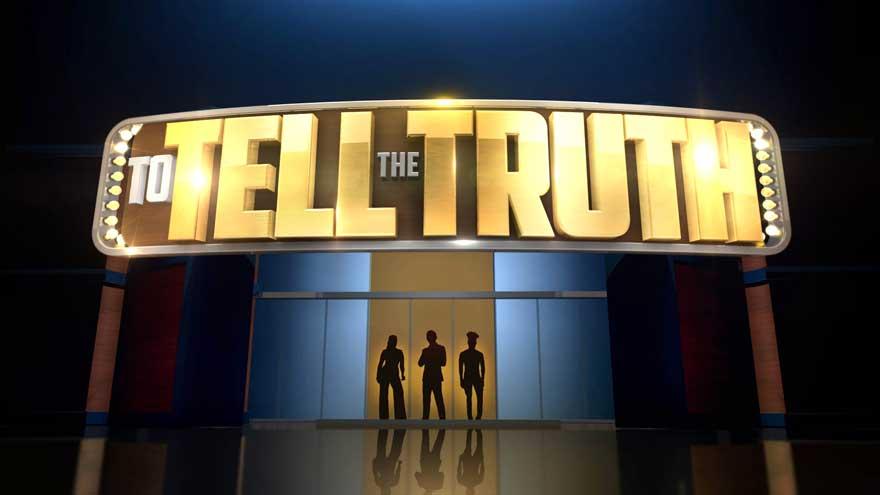 Following is a chronological listing of ABC’s summer premiere dates (all times Eastern):

The $100,000 Pyramid is a timeless word-association game in which two celebrities partner with contestants from across the country in a race against the clock, all hoping to make it to the winner's circle and take home the ultimate prize of $100,000. Good Morning America’s Michael Strahan hosts The $100,000 Pyramid.

Breakout fan favorites from The Bachelor franchise are back and ready for a second (or third) chance at finding love. They may have left their respective seasons brokenhearted, but now they have the opportunity to travel to a romantic paradise in hopes of turning a potential summer fling into the real thing.

In anticipation of Hannah Brown’s journey, viewers will celebrate 15 seasons of romance with Chris Harrison as he hits the road with Bachelor Nation super fans, revisiting some of the most memorable dates and unforgettable moments from The Bachelorette and The Bachelor history, leading to a Bachelorette reunion like no other with special surprises along the way.

Hannah Brown caught the eye of Colton Underwood early on during the 23rd season of The Bachelor, showing him, and all of America, what Alabama Hannah is made of – a fun country girl who is unapologetically herself. After being sent home unexpectedly, Hannah took the time to reflect on her breakup, gaining a powerful understanding of her desire to be deeply and fiercely loved. Now, with a newfound sense of self and a little southern charm, she is more ready than ever to find her true love on the milestone 15th season of The Bachelorette.

Card Sharks is a suspenseful game where a fortune can be won on the turn of a single playing card! The road to glory and riches begins with two players facing off in a head-to-head elimination race where the winning player claims a $10,000 cash prize and a chance to turn that amount into a life-changing payday. The anticipation builds as the winning contestant risks their prize on predicting seven final cards. The player leaves the game with whatever amount of money they have in their bank after their prediction and results are revealed with the flip of their seventh and final card.

Hosted by the highly popular stand-up comedian, actor, author and Emmy® Award winner Steve Harvey, Celebrity Family Feud returns for its fifth season, kicking off ABC’s popular Sunday Fun & Games. Once again, celebrities, along with their families, go head-to-head in a contest to name the most popular responses to survey-type questions posed to 100 people for a chance to win money for a charity of their choice.

The 2019 ESPYS will air live on Wednesday, July 10, at 8 p.m. EDT on ABC from the Microsoft Theater in Los Angeles. The annual show gathers top celebrities from sports and entertainment to commemorate the past year in sports by recognizing major sports achievements, reliving unforgettable moments and saluting the leading performers and performances. Inspiring human stories are showcased through three pillar awards – the Arthur Ashe Courage Award, the Jimmy V Perseverance Award and the Pat Tillman Award for Service. The ESPYS support ESPN’s ongoing commitment to the V Foundation for Cancer Research, launched by ESPN with the late Jim Valvano in 1993.

Hosted by Ayesha Curry, a renowned restaurateur, founder of Homemade and a New York Times best-selling cookbook author, Family Food Fight will feature family teams dishing out their best culinary skills. Tapping into each family’s uniquely diverse cultural heritage, Family Food Fight takes homestyle cooking to a new level as teams square off with their most prized family recipes. With a mix of fast-paced cooking fun, good humor and healthy rivalries, everyone will cook their hearts out as they strive to impress a panel of culinary experts including host and judge, Curry, and world-renowned chefs, authors, restaurateurs and television personalities Cat Cora and Graham Elliot. Despite the many delectable dishes, only one family will claim the coveted title of America’s No. 1 Food Family and take home the $100,000 prize.

Eva Longoria executive produces this bold, provocative drama set at the last family-owned hotel in multicultural Miami Beach. Charismatic Santiago Mendoza owns the hotel, while his glamorous second wife, Gigi, and their adult children enjoy the spoils of success. The hotel’s loyal staff round out a contemporary fresh take on an upstairs/downstairs story. Wealthy and beautiful guests bask in luxury, but scandals, escalating debt and explosive secrets hide beneath the picture-perfect exterior. The show is based on the Spanish series.

Holey Moley, a 10-episode mini-golf competition series, will showcase self-proclaimed mini-golf lovers from around the country as they compete head-to-head through an epic obstacle golf course. In each episode, 12 contestants will put their miniature golf – and physical – skills to the test and face off in never-before-seen challenges on a supersized miniature golf course.

Last season, the team leaped forward in time to a dystopian future they soon realized must be prevented. While facing multiple timelines and new enemies from faraway planets, they found family, friends, teammates and the courage to pull off their biggest challenge yet. Their next challenge? Coming to grips with the knowledge that bending the laws of space and time may have saved the planet, but it couldn’t save Fitz or Coulson.

It’s time to roll out the shag carpet! Match Game, now in Season 4, returns for a summer run with Golden Globe® and Emmy Award-winning actor Alec Baldwin. Produced by Fremantle, the bawdy panel game features four contestants each week vying for the chance to win $25,000, as they attempt to match the answers of six celebrities in a game of fill-in-the-blank.

Press Your Luck is a game of wits, strategy and even higher stakes as contestants try to avoid the iconic and devilish WHAMMY for a chance at life-changing cash and prizes. During each game, three contestants compete against each other answering questions to earn spins on the Big Board. Contestants then use their spins to win cash and prizes while trying to avoid the WHAMMY, who could take all of their winnings and leave them with nothing. The winning contestant moves on to the All-New Bonus Round to face the WHAMMY in a final battle for the chance to win a fortune.

Reef Break is a sexy, action-packed, one-hour drama, starring Poppy Montgomery as Cat Chambers, a thief-turned-fixer for the governor of a stunning and seductive Pacific Island paradise. Impulsive, reckless, and irresistible, Cat's less-than-perfect past gives her an instinctive gift for understanding crime and criminals as she becomes enmeshed in fast-paced, high-octane adventures and island intrigue.

TO TELL THE TRUTH (Season 4 premiere)

Hosted by black-ish star Anthony Anderson, To Tell the Truth is a funny reimagination of the beloved game show that first aired in 1956. This version takes the excitement to another level, featuring prominent pop-culture icons. Anderson’s mother, Mama Doris, is also part of the fun, offering her unique commentary, wit and banter.

In each round, the panel is presented with three people who all claim to be the same person with the same incredible talent, job or achievement. One is sworn to tell the truth while the other two use every trick they can to deceive the panel. The panel of celebrities has a chance to grill each participant before taking turns deciding who they think is telling the truth.

WHAT WOULD YOU DO? (season premiere)

What Would You Do? with anchor John Quiñones reveals how people behave when they think no one is watching by using hidden cameras to record people’s real reactions to thought-provoking, actor-driven scenarios, inspired by some of the biggest stories making national headlines.