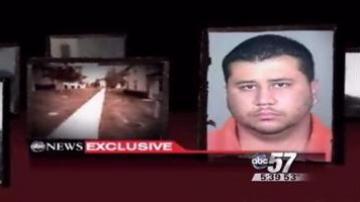 Zimmerman was diagnosed with a closed fracture of his nose, a pair of black eyes, two cuts to the back of his head and a minor back injury.

Zimmerman faces a second degree murder charge for the shooting death of that unarmed Florida teen.

He has claimed self-defense saying it was Martin who came after him.

Zimmerman's three-page medical report is included in documents the defense could use as evidence.