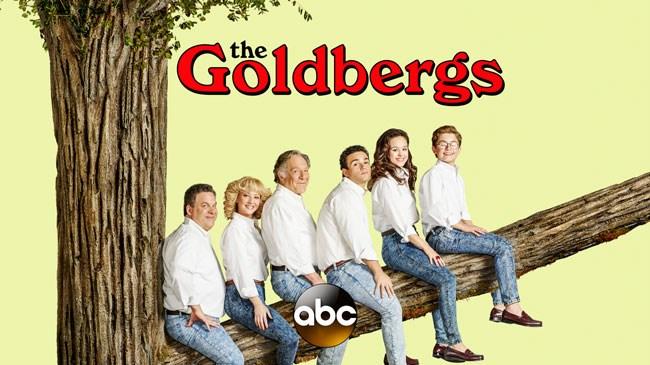 ABC has released its primetime schedule for next year's television season. The schedule includes nine new series and 22 returning series.

“Our new shows reflect the inclusive and empowering storytelling that defines the ABC brand. We will continue to raise the bar for our audience, investing in great storytellers and reflecting the authentic faces and voices of the world around us,” said Dungey.

Fall premiere dates will be announced at a later time.

ABC’s fall primetime schedule is as follows (all times listed are Eastern/Pacific).

Lawyer and former First Daughter Hayes Morrison (Hayley Atwell, “Marvel’s Agent Carter”) is about to accept a job offered from her sexy nemesis, NY District Attorney Wayne Wallis, to avoid jail time for cocaine possession and avoid hurting her mother’s Senate campaign. Working with his team at the new Conviction Integrity Unit will let her use her brilliant mind to turn over cases, where there is credible suspicion of wrongful conviction, and give her a chance to turn things around with her high-powered political family.

Emmy- and Golden Globe-winning actor Kiefer Sutherland (“24”) returns to primetime in a conspiracy thriller as Tom Kirkman, a lower-level cabinet member who unexpectedly becomes president after a devastating attack on Washington. He will struggle to prevent the country and his own family from falling into chaos, as he is thrust into one of the most difficult presidencies in history.

“Still Star-Crossed,” a period drama from Shondaland, picks up where the famous story of Romeo and Juliet ends, charting the treachery, palace intrigue and ill-fated romances of the Montagues and Capulets in the wake of the young lovers’ tragic fate. The series is based on the book by Melinda Taub.

Based on the novel and movie “Time After Time,” executive producer/writer Kevin Williamson (“The Vampire Diaries,” “Scream” franchise, “Dawson’s Creek”) delivers a fantastical cat and mouse adventure through time when famed science fiction writer H.G. Wells is transported to modern day Manhattan in pursuit of Jack the Ripper. Once H.G. arrives in New York City, he finds a world he never thought possible and a young woman who captivates him.

Katie Otto (Katy Mixon, “Mike and Molly”), a confident, unapologetic wife and mother of three, raises her flawed family in the wealthy town of Westport, Connecticut, filled with “perfect” mommies and their “perfect” offspring.

Based on the web series, “Downward Dog” is about a struggling millennial, Nan (Emmy-nominated Allison Tolman, “Fargo”), from the point of view of her lonely and philosophical dog, Martin. One session at obedience school already makes them realize that even at their worst they may be the best thing for each other.

The series stars Allison Tolman as Nan, Lucas Neff as Jason, Kirby Howell-Baptiste as Jenn, Barry Rothbart as Kevin and Mo Collins as Kim. Samm Hodges is the voice of Martin.

Alice (Jenna Elfman, “Dharma & Greg,” “Friends With Benefits,” “EDtv”) is a fiercely independent career woman whose life is turned upside-down when she meets the love of her life – a divorced father with three kids. This triggers even more upheaval when the slightly unhinged imaginary friend she created as a child suddenly reappears to help her navigate the transition from single girl to a woman ready for a family.

Maya DiMeo (Minnie Driver, “About a Boy,” “The Riches,” “Good Will Hunting”) is a mom on a mission who will do anything for her husband, Jimmy, and kids Ray, Dylan, and JJ, her eldest son with special needs. As Maya fights injustices both real and imagined, the family works to make a new home for themselves and searches for just the right person to give JJ his “voice.”

In Shondaland’s “The Catch,” Alice Vaughan (Mireille Enos) is LA’s top private investigator – and the one woman you don’t want to mess with. But when her fiancé, Benjamin Jones (Peter Krause), conned her out of millions, Alice went on a private mission for payback. As Alice and Ben continue their game of cat and mouse, they realize the love between them is real, even if their worlds are destined to keep them apart.

Ken is a cranky but loveable HMO doctor juggling medicine and parenting who realizes that even when he’s right, his unorthodox approach is often wrong. Allison, his wife and therapist, helps keep him in check while juggling responsibilities with their two kids – Dave, their youngest, is always making things interesting with his quirky attitude, plus their teenage daughter, Molly, keeping them on their toes. Meanwhile at the clinic, Dr. Ken’s loyal, but oh-so-irritating staff, includes Damona, the sharp-tongued receptionist; Clark, a faithful nurse who is a confidante and partner-in-crime; Julie, a sweet, naïve resident who’s relentless optimism and quest for romance are a constant source of curiosity and irritation; and Pat, the hospital administrator, who never misses a chance to put the screws to Dr. Ken and his staff.

Tim Allen returns for a sixth season as Mike Baxter in “Last Man Standing.” New challenges greet Mike as he continues to be surrounded by forces seeking to test his ideas on just about everything he strongly believes in.

The half-hour comedy returns for a second season, as the O’Neal family continues its journey of self-discovery and growth, resulting from Kenny coming out. Kenny’s parents, Eileen and Pat, continue to deal with their pending divorce while still living under the same roof. The O’Neals will continue to explore new relationships, friendships and acceptance of one another in the next, messier chapter of their lives.

“20/20”
The ABC News primetime newsmagazine “20/20” has distinguished itself as one of the most esteemed programs in broadcast journalism. Celebrating its 38th anniversary this season, “20/20” continues to combine hard-hitting investigative reports, newsmaker interviews, and compelling human interest and feature stories. The program is anchored by award-winning journalists Elizabeth Vargas and David Muir. For more than three decades, “20/20” has offered viewers reports and stories that have changed lives.

Critically acclaimed limited series “American Crime,” nominated for 10 Emmys and winner of Outstanding Supporting Actress in a Limited Series or Movie for Regina King, returns for its third season and will feature a new crime committed in a different setting, as told through the eyes of those affected.

“WHEN WE RISE” (Limited Series Event)

“When We Rise” chronicles the real-life personal and political struggles, setbacks and triumphs of a diverse family of LGBT men and women who helped pioneer one of the last legs of the U.S. Civil Rights movement from its turbulent infancy in the 20th century to the once unfathomable successes of today.

“Dirty Dancing,” the global pop-cultural phenomenon, becomes a three-hour filmed musical event this season on the ABC Television Network. An adaptation of the beloved 1987 romantic drama and instant music classic, “Dirty Dancing” will be produced by Lionsgate Television in association with Allison Shearmur Productions, executive produced by Allison Shearmur (“Rogue One: A Star Wars Story,” “The Hunger Games” franchise; “Cinderella”); Eleanor Bergstein, who wrote the screenplay for the original movie; and Grammy Award-nominee Adam Anders (“Glee,” “Rock of Ages”), who also serves as executive music producer. Wayne Blair (“The Sapphires,” “Septembers of Shiraz”) is the director, and Andy Blankenbuehler (“Hamilton,” “Bring It On,” “In the Heights”) is the choreographer.

An athlete, a humanitarian, and a civil rights activist, Muhammad Ali will be honored for his goodwill efforts that have impacted individuals from different walks of life around the world. In a new, two-hour special featuring live musical performances, his closest friends and contemporaries, admirers come together to celebrate the man who’s known the world over as simply The Greatest.