ABC57 helps woman get back in her home 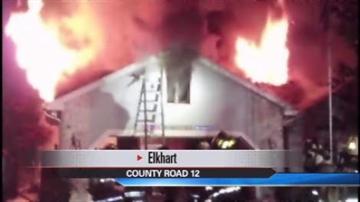 ELKHART, Ind. --  An Elkhart family is finally getting their home back after it was destroyed in a fire in October of last year.

They credit ABC57 with getting the ball rolling.

Karen Schwalm was heartbroken during the holidays last year when her dream home caught on fire and burned to the ground right before Christmas.

As if losing her home wasn’t bad enough, Schwalm was also having a major problem with her gas company.

Before Schwalm could bulldoze and rebuild, whe needed the gas meter to be removed, but NIPSCO was dragging their feet.

“We called several times. They kept saying we will be there in a few weeks,” said Schwalm.

After two months of being homeless, several calls and letters to NIPSCO, Schwalm contacted ABC57 for help.

“The very next day they were out here removing it and taking care of the meter problem,” said Schwalm. “I was extremely relieved. If I would have had a house I would have thrown a party.”

Now less than eight months after we first did the story on Schwalms home burning down, it is  almost completely rebuilt. The family hopes to move in by Labor Day.

“If it not had been for you and ABC who knows how long I would have had to wait for them to come out and start the demo," said Schwalm.