ABC57 in Cleveland: The keys to the game 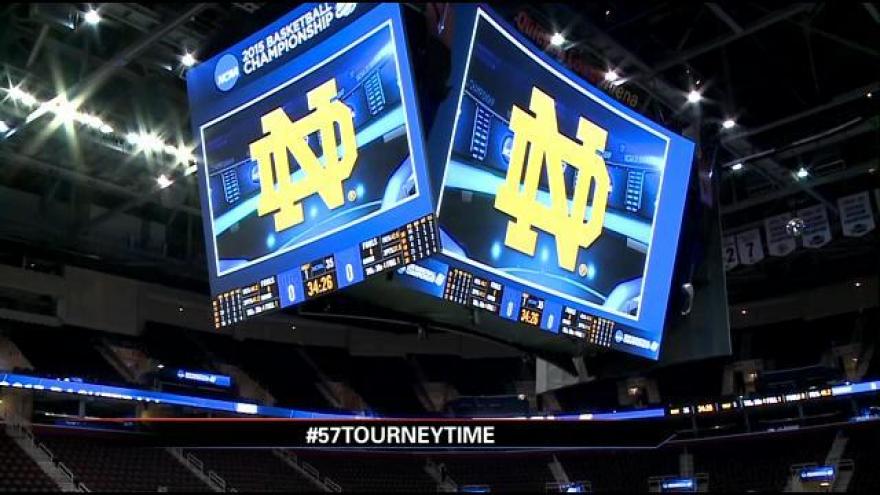 CLEVELAND, Ohio - In a pre-game analysis of the NCAA men's basketball tournament game between Notre Dame and Wichita State,  Irish Illustrated's Senior Editor says playing a good defense is in Wichita State's DNA, but on paper – it will be a tight contest with the Irish.

Notre Dame head basketball Coach Mike Brey says he would definitely consider his team the underdog, but he likes it that way.

"We talked to our team and I think there's so much out there about the Wichita State Kentucky rematch so our guys have seen that. And certainly their NCAA tournament success with this nucleus, we've not had that. But we did win an ACC tournament going through North Carolina and Duke on Tobacco Road,” said Coach Brey.

Prister says Coach Brey is right on with that, but says there's some talk the Irish have divine intervention on their side.

"I think there are a couple intangible factors here 1) Notre Dame's been wearing Father Ted patches on their uniforms since Reverend Hesburgh passed away at the end of February and then also the passing of Mike Brey's mother, I know that the players are very inspired to win for Coach Brey,” said Prister.

Prister says the flipside is that Wichita State is coming off a really emotional win against the in-state Jayhawks, and there's another off-court factor that could be a motivator for the Shockers.

"Alabama is showing some interest in hiring Greg Marshall away from Wichita State. So from an intangible standpoint, I kind of favor Notre Dame when you add those two together,” said Prister.