ABC57 Investigates: Is your Smart TV listening to you? 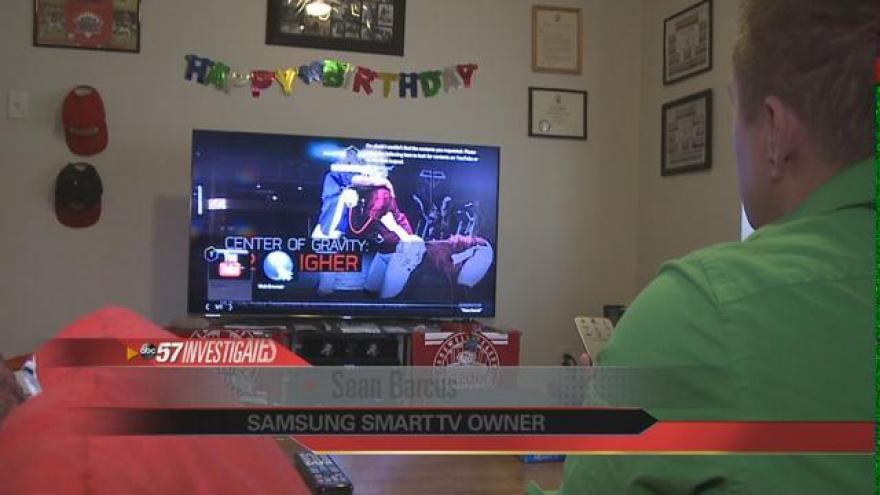 Some are now programmed to listen to you.

“Even the car I drive now didn't cost as much as my TV,” Barcus said.

It's worth it, he explained.

Barcus delights in each and every feature his Smart TV has to offer.

“You can shop on it. You can get internet on there,” Wells raved.

“You got voice gestures to where you can tell it to change the channel. Volume up, volume down,” Barcus added.

Pause, stop it right there.

It is called the Voice Recognition feature.

When enabled, it allows users to use voice commands to search for requested content.

It read, “Please be aware that if your spoken words include personal or other sensitive information, that information will be among the data captured and transmitted to a third party.”

“It's an invasion of privacy to me,” Wells explained.

Schneier also thinks this opens users up to hackers.

Now, some users are questioning their security.

“If they had told me that up front when I bought the television, I probably wouldn't have gotten it,” Wells said.

"Samsung takes consumer privacy very seriously. In all of our Smart TVs we employ industry-standard security safeguards and practices to secure consumers' personal information and prevent unauthorized collection or use.

Samsung does not retain voice data or sell it to third parties. If a consumer consents and uses the voice recognition feature, voice data is provided to a third party during a requested voice command search. At that time, the voice data is sent to a server, which searches for the requested content then returns the desired content to the TV. Samsung encourages consumers to contact the company directly with any product concerns or questions at 1-800-SAMSUNG."

He thinks the solution is to create laws protecting consumers.

“We need strong privacy laws. We're not going to say don't do this because there are a lot of real good reasons why you might use some of these technologies. But right now companies can do whatever they want with that data. They can process it, they can sell it, they can use it to make judgments about you. So we need strong privacy laws that protect our data, even as we give it to third parties,” Schneier explained.