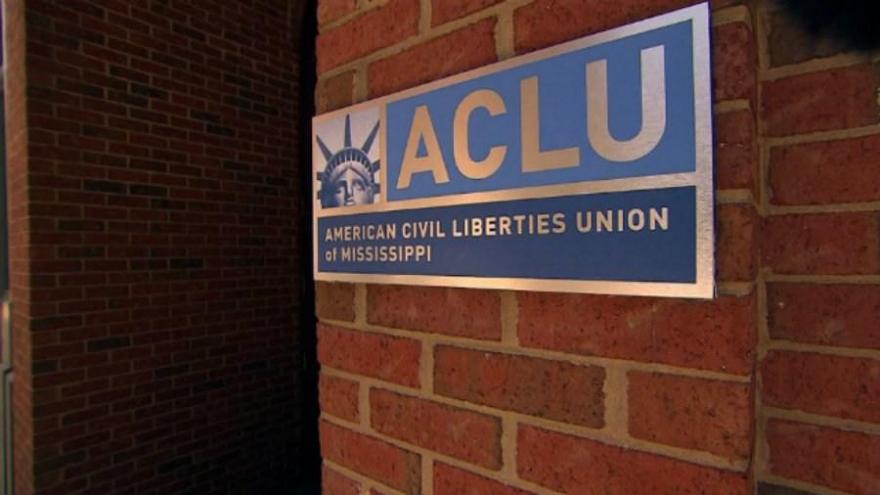 (CNN) -- A disabled man choked by deputies in his own house and forced to fill out a fake witness report. A father of two stopped at sheriff's roadblocks at least 20 times in a year with no legitimate reason. And a great-grandmother's celebratory barbecue interrupted by warrantless searches of attendees' pockets.

Those are just a few examples of what the ACLU claims are the acts of a police agency out of control in central Mississippi.

The concerns raised in the suit echo some findings of recent Justice Department investigations into unconstitutional patterns of racial discrimination and excessive force by police departments in Baltimore, Chicago, Cleveland and New Orleans.

The ACLU's lawsuit highlights striking examples of alleged misconduct, including the three described above, which the advocacy organization casts as emblematic of a larger problem in Madison County.

"These types of stories are everywhere in this community, but they are not special," Paloma Wu, legal director for the ACLU of Mississippi, told CNN. "They are simply particularly memorable."

The suit claims the defendants targeted blacks in the racially segregated county using roadblocks, suspicionless searches and seizures, warrantless and consentless home searches, and "jump out" patrols, in which plainclothes officers in unmarked cars make surprise -- and unwarranted -- stops of black residents.

Those policies led to much higher arrest rates among blacks, the ACLU argues. Blacks made up 38% of county residents but accounted for 73% of arrests between May and September 2016, according to the ACLU, which cited sheriff's department data.

The sheriff's office did not respond to CNN's requests for comment. In a statement to The Clarion-Ledger, Tucker disputed the lawsuit's allegations.

"Our deputies are professional law enforcement officials who enforce Mississippi laws," the sheriff said. "If a law is broken, appropriate action is taken regardless of the race of the one breaking said law."

"As always, we have fairly and diligently executed the duties for which we are required," Tucker said.

Deputies 'flew into a rage'

Included in the lawsuit are several accounts of police harassment and excessive force from county residents. Among those, the tale of Khadafy Manning, a 35-year-old disabled black man, and his wife Quinnetta Manning, stands out.

According to the lawsuit, deputies investigating a nearby burglary "barged" into the Manning's home without any mention of a search warrant. Deputies allegedly demanded that Quinnetta Manning write a false witness statement asserting that she saw the burglary, though she insisted she had not seen it.

A deputy told her he "knew" she had seen the crime and told her to "stop lying to us" or else she would be treated as a suspect herself, the lawsuit states. Khadafy Manning told his wife that she did not have to do as deputies demanded, at which point deputies to "flew into a rage," according to the suit.

One deputy cursed at Khadafy Manning, handcuffed him, and choked him, the lawsuit states. The deputy also threatened to throw him in jail if his wife didn't write the false witness statement, according to the lawsuit.

The incident was partly captured on cell phone camera released by the ACLU.

Khadafy Manning, who uses a cane to walk, was dragged in his underwear to the sheriff's vehicle, then beaten in the head and chest, the lawsuit states. Both Mannings eventually wrote false witness statements under duress to avoid going to jail, the lawsuit states.

Quinnetta Manning, in an interview with CNN, broke into tears as she recounted the incident.

"I just don't want my kids to be afraid," she told CNN's Victor Blackwell. "I shouldn't have to go outside and be scared every time I see a police."