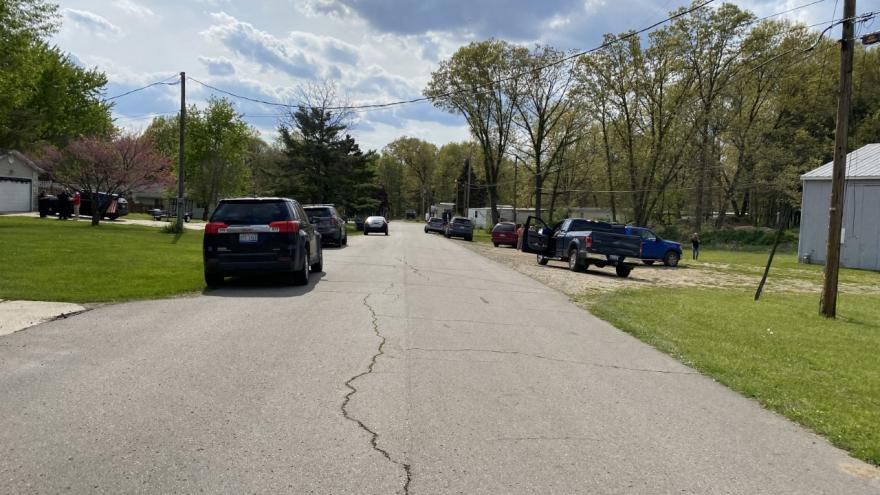 CASS COUNTY, Mich. – Police confirm a 15-year-old female died of gunshot wounds on Sunday at a home on Maple Street in Edwardsburg.

The Ontwa Township Edwardsburg Police Department were dispatched to Maple St. in Ontwa Township for an investigation of a 15-year-old that was shot by a 12-year-old just before 2 p.m. Sunday.

The 12-year-old male involved is currently not in custody, according to police.

Police Chief Douglas Westrick said the gunshot wound is believed to be accidental but authorities are still investigating.

A gun was taken from a safe, according to a witness. Police said it was believed that the gun was not loaded. The suspect then pointed the gun at the 15-year-old victim and pulled the trigger, according to police.

The victim died from her injuries at the scene.

On Sunday afternoon, a woman claiming to be the mother of a girl inside the home, came up to the ABC57 News crew on scene and said her daughter had been shot.

The search warrant was obtained because it is a suspicious death, according to police.

The investigation is ongoing and will be forwarded to the Cass County Prosecutor's Office.

An autopsy has been scheduled for Monday.

Anyone with information is asked to contact the Ontwa Township - Edwardsburg Police Department at 269-663-8444.

Contributions to this story also made by: Brenda Koopsen