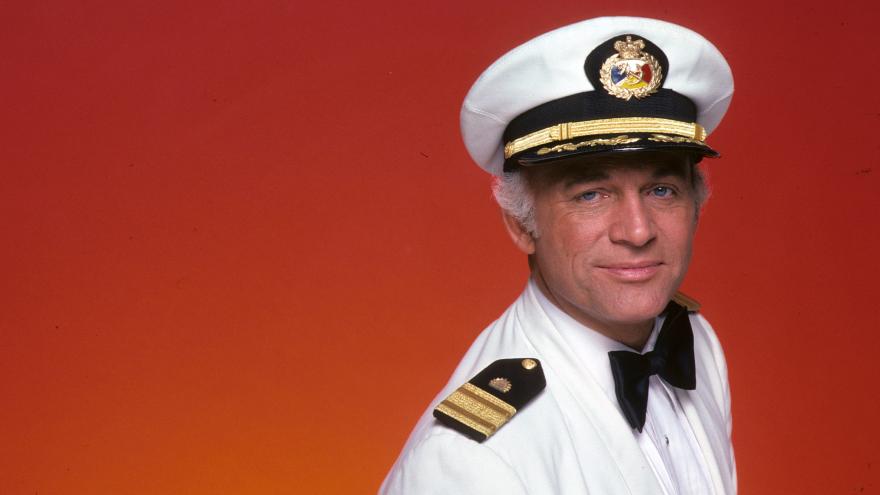 (CNN) -- Gavin MacLeod, known for his roles on "The Mary Tyler Moore Show" and "The Love Boat," died Saturday, his nephew Mark See told Variety. He was 90 years old.

MacLeod's birth name was Allan See, but in his memoir, "This is Your Captain Speaking," he wrote that he considered his last name to be "too confusing" and changed it to honor an acting teacher.

MacLeod wrote he also had to deal with premature hair loss, going bald while still in college.

After a busy career of bit parts in television and film, MacLeod first achieved fame as part of the ensemble of "The Mary Tyler Moore Show," a breakthrough sitcom in which he played news writer Murray Slaughter.

Murray often served as a confidante to Moore's character, rolled his eyes at the cluelessness of WJM anchor Ted Baxter and absorbed the fierce temper of WJM news director Lou Grant.

On Twitter, actor Ed Asner -- who played Grant -- wrote, "My heart is broken. Gavin was my brother, my partner in crime (and food) and my comic conspirator." Asner noted that MacLeod's death leaves him and Betty White as the only two living principal cast members of "The Mary Tyler Moore Show."

Following the end of that program in 1977, MacLeod moved into a starring role in "The Love Boat," the campy melodrama set on a cruise ship. MacLeod got top billing as "Your Captain," the dedicated and friendly Merrill Stubing.

The "Boat" pulled into port for the last time after nine seasons, but MacLeod continued to embrace his character, making many public appearances in costume. He also served as an "ambassador" for Princess Cruises, the company that provided the ship used in the series.

"All of us send our heartfelt condolences to his entire family, and offer our sincerest gratitude to them for sharing Gavin with all of us for so many years," Princess Cruises said in a tweet Saturday.

After "The Love Boat," MacLeod became an evangelical Christian. He credited his faith with allowing him to end his abuse of alcohol and reconciling with his wife Patti, whom he remarried in 1985.

The cause of MacLeod's death was not released Saturday.