Michiana was in dire rainfall straights to end July, with a deficit of more than an inch of rain in South Bend. 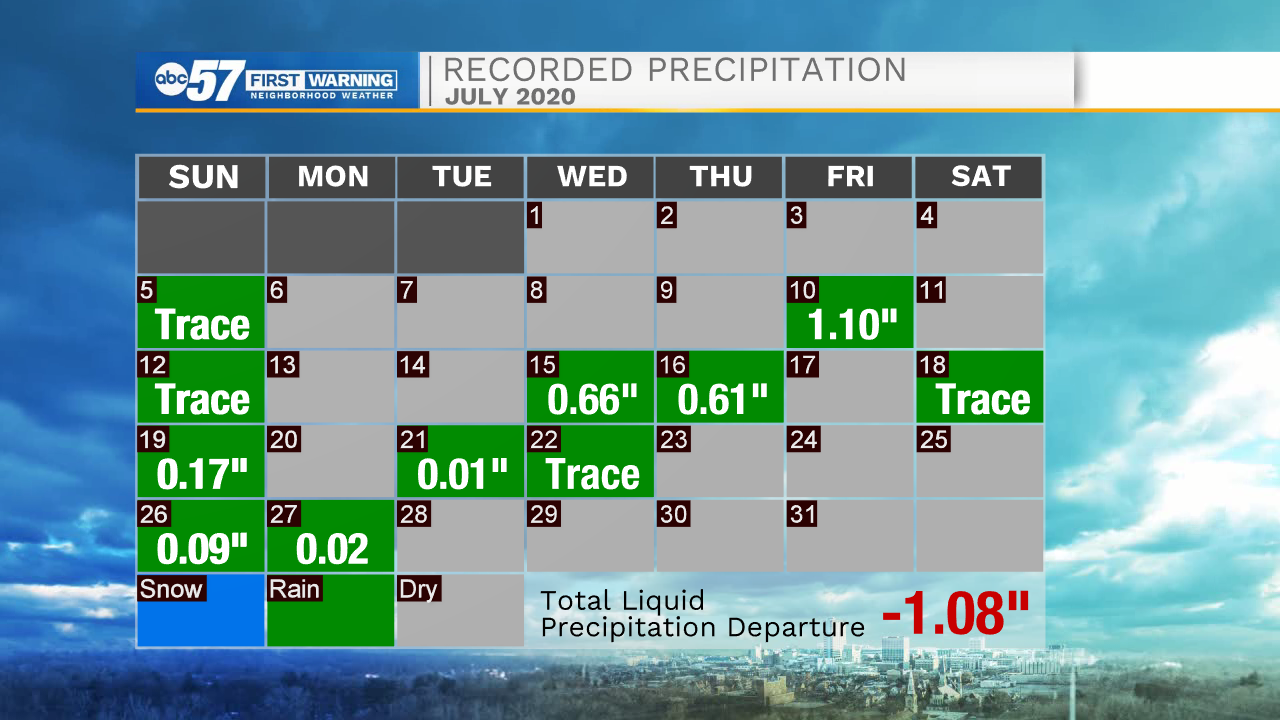 Showers and thunderstorms erased that shortfall in a short amount of time. In just two days, more than an inch of rain has fallen in South Bend. 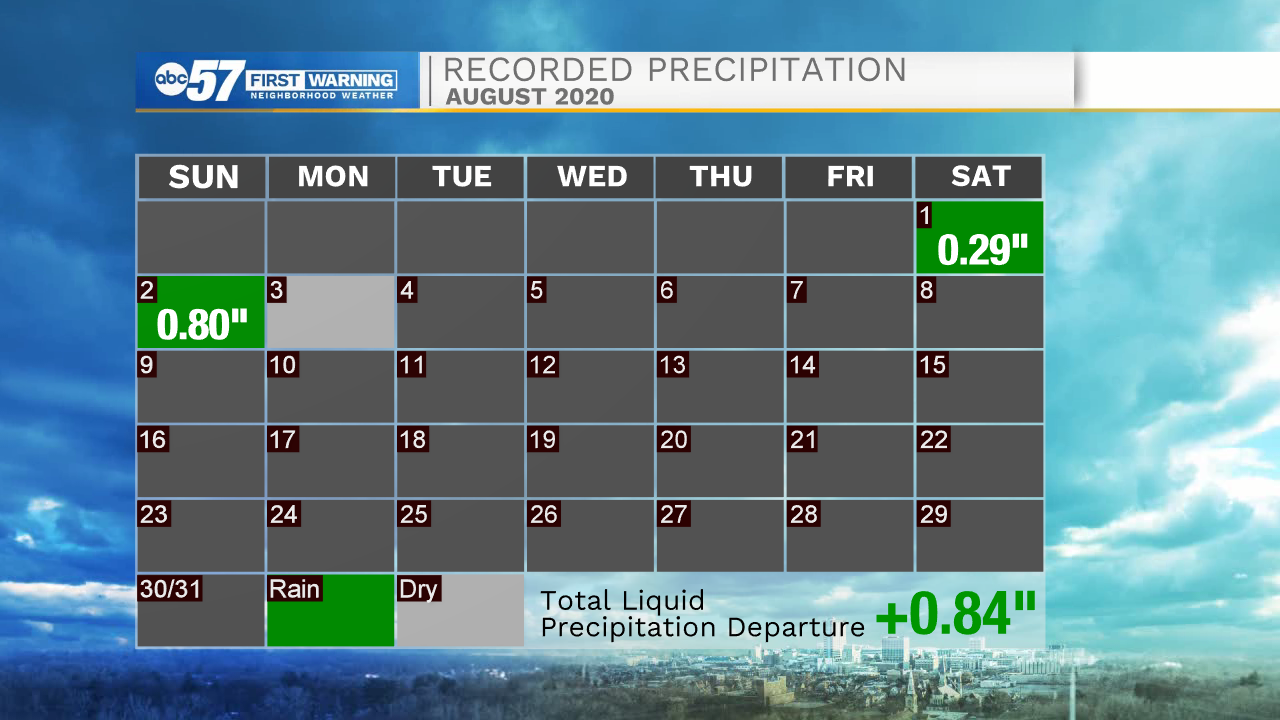 Most of Michiana picked up at least a half of an inch of rain, with multiple counties sporting yellow spots on our RADAR estimated rainfall map. Areas shaded in yellow received over an inch of rain this past weekend. 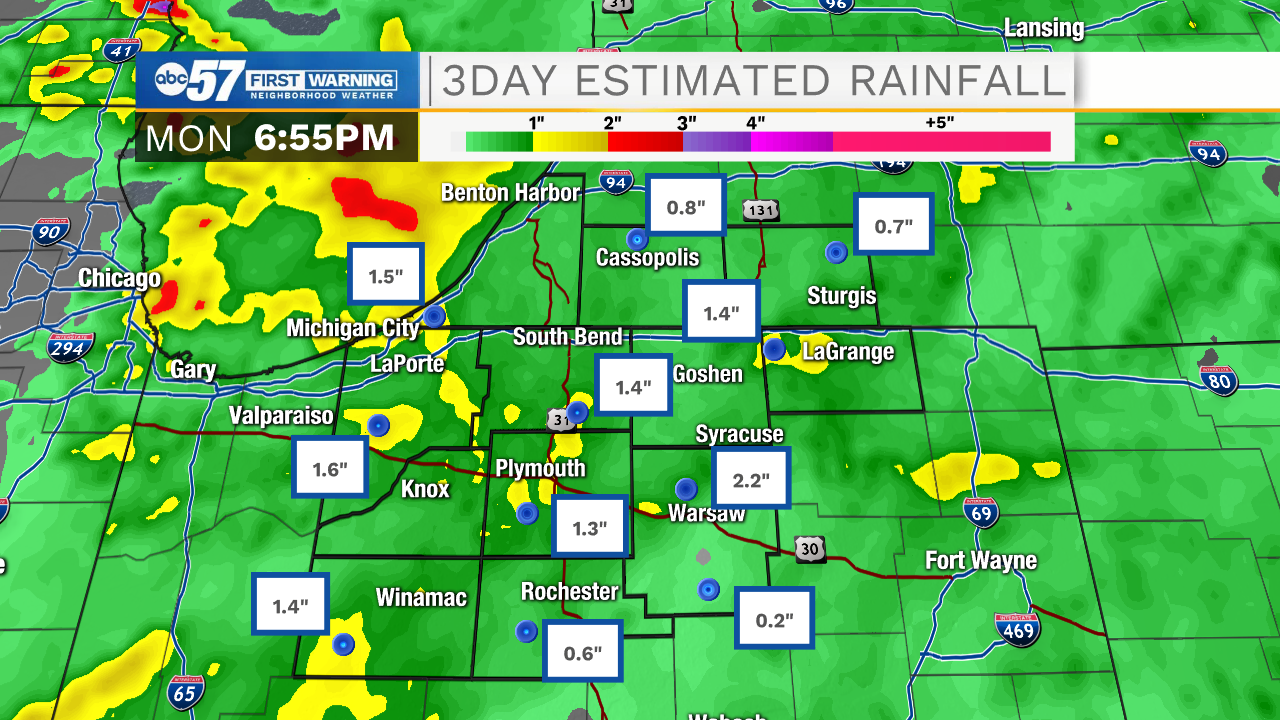 This rain will undoubtedly help with drought conditions for the majority of Michiana. However, most of the spots in "D1" moderate drought didn't pick up any significant downpours. As a result, the drought will most likely persist for at least another week in Fulton and Kosciusko counties. 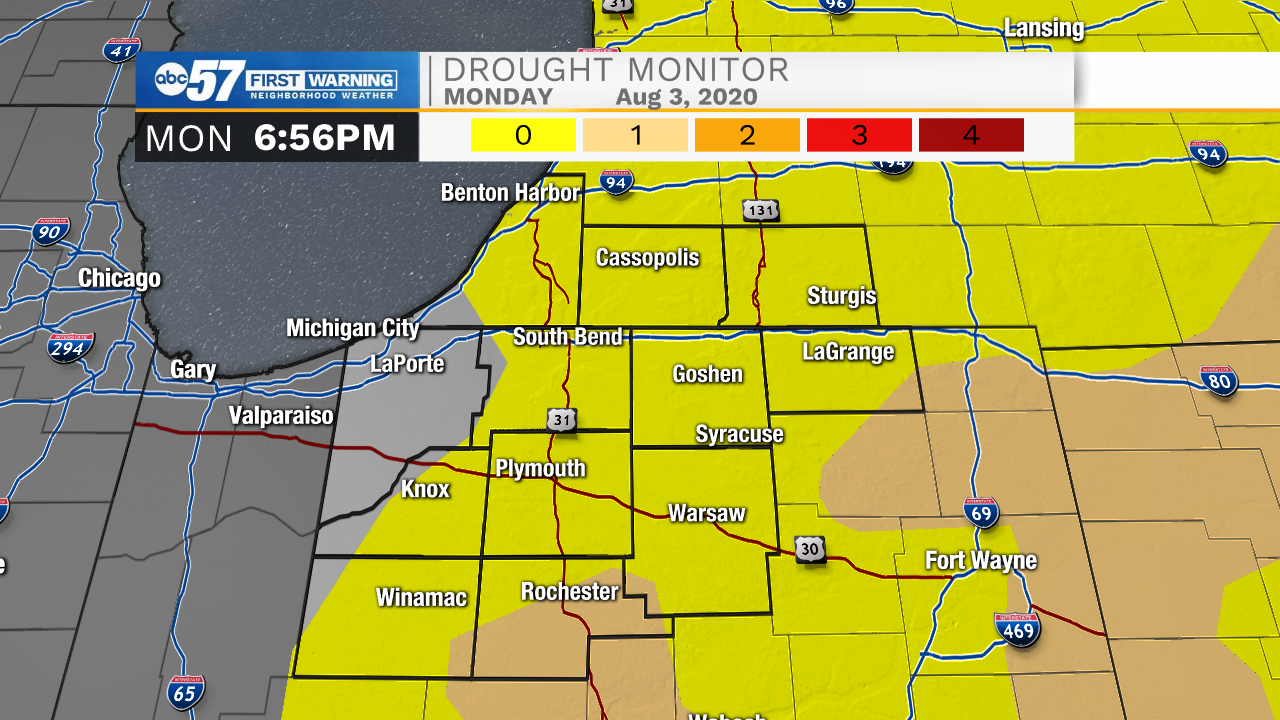 Yesterday's 0.8 inch of rain marked the 17th time this year that South Bend has recorded a day with more than a half-inch of rain. Even though most of Michiana (including South Bend) is reporting abnormally dry or drought conditions, our "heavy rainfall" days are actually slightly above normal. 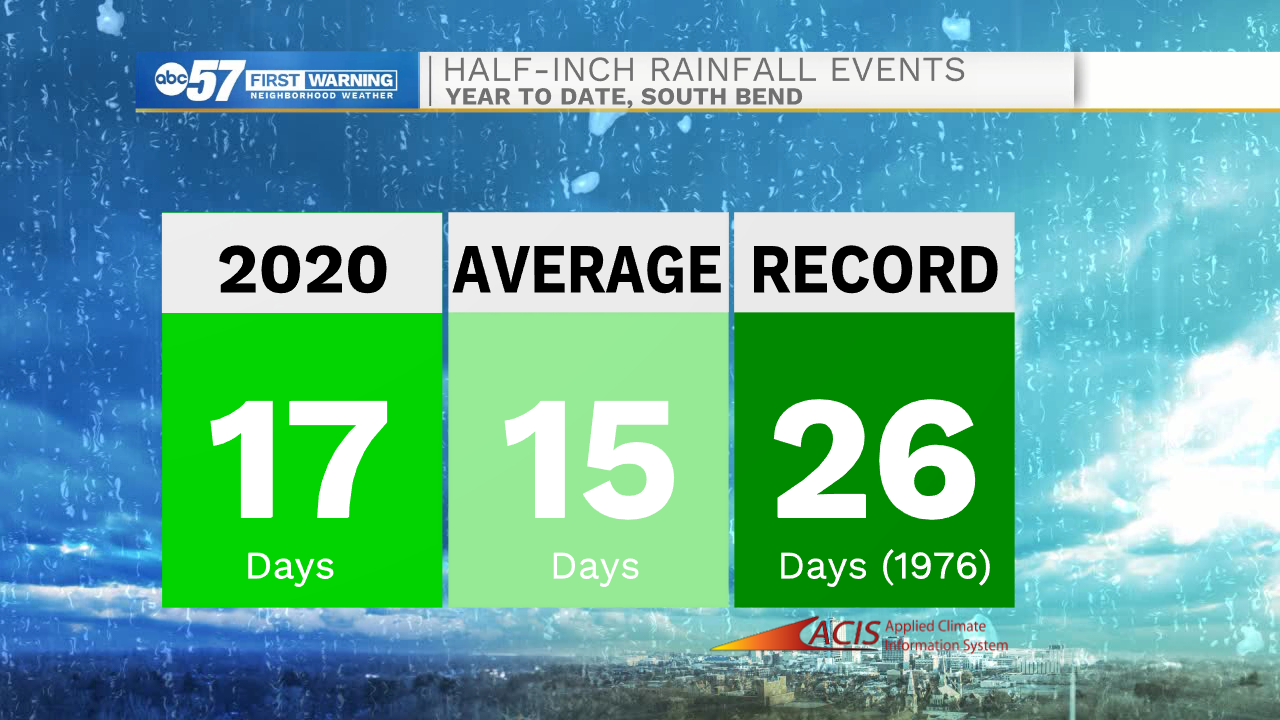 However, this round of rain will have to last a while. No significant rain is expected for the rest of this week. Another half-inch of rain is possible by the time we start next week. 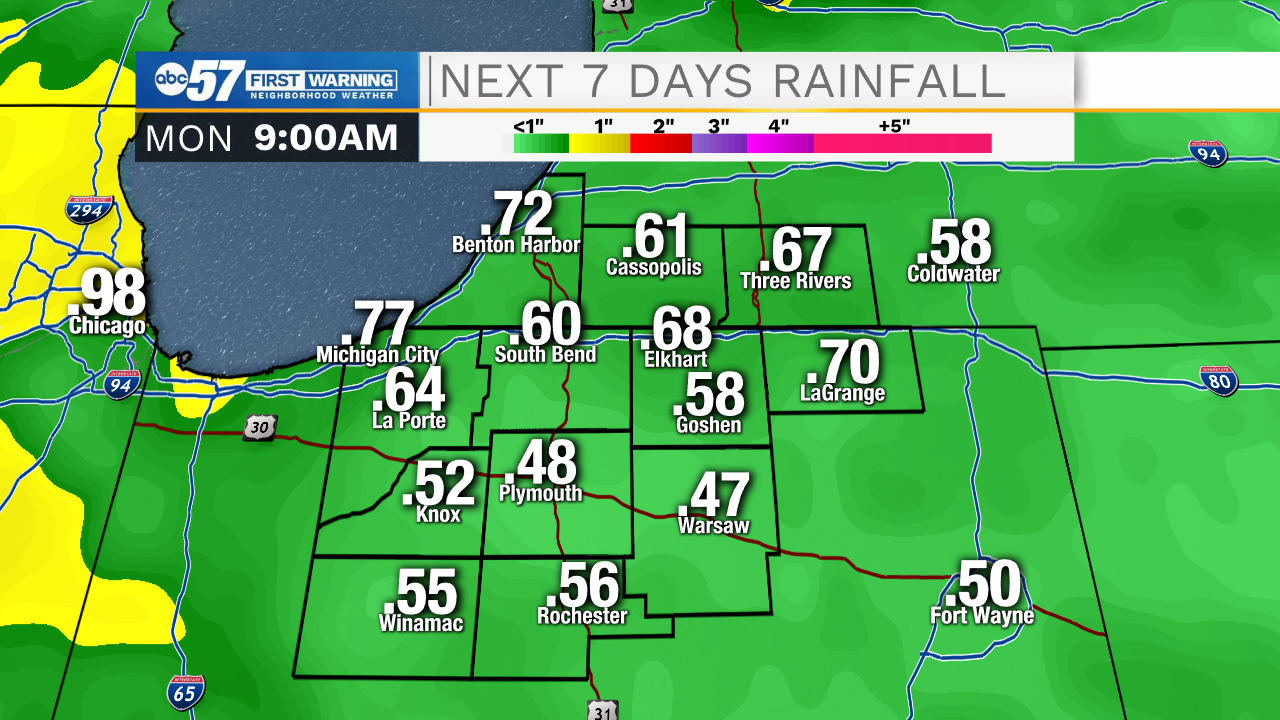