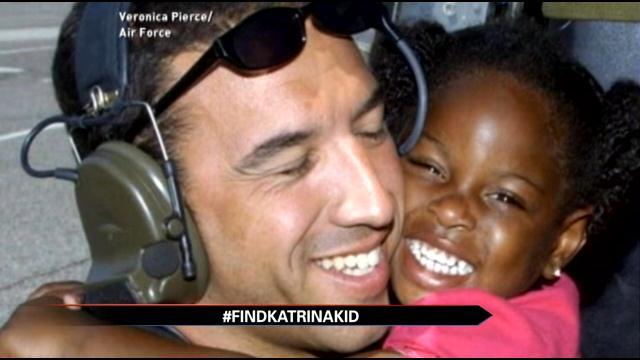 By now, many know the power of using social media.

That's why an Air Force veteran is asking for people online to help reconnect him with a girl he rescued 10 years ago during Hurricane Katrina.

He did 152 of them, but remembers one girl in particular.

She was wearing a pink shirt.

"She's just looking, you know, she's trying to peer around me," said Maroney. "She's like, there's my house, there's my school. She's just enjoying it and just having a blast."

Ever since, he's been on a mission to find her again.

He's using the hashtag #FindKatrinaKid on Twitter to get the word out.