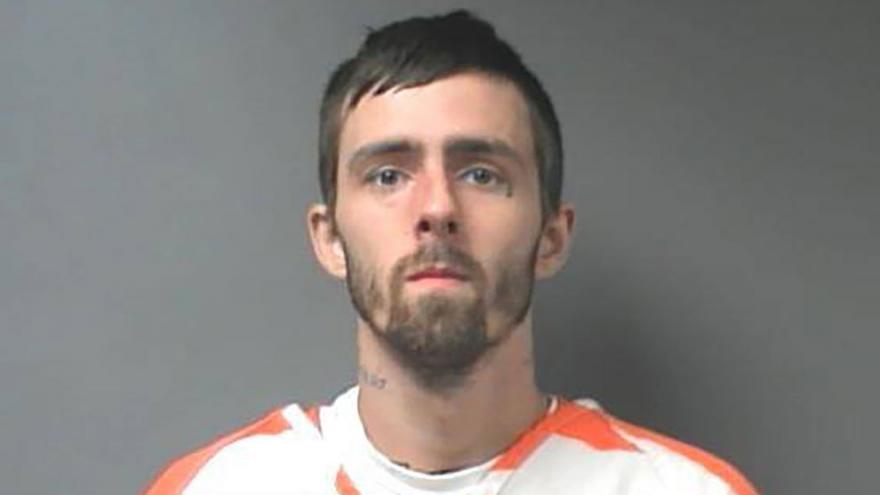 By Susannah Cullinane and Joe Sutton

(CNN) -- One inmate remains at large after a jailbreak Sunday night in northern Alabama, according to the Walker County Sheriff's Office.

Twelve prisoners went on the run from the Walker County Jail, in Jasper, the office said, but 11 have since been captured. It's not clear how the inmates were able to escape.

Still at large is Brady Andrew Kilpatrick, 24, of Cordova -- who was jailed for alleged drug offenses.

Two escapees had been jailed on attempted murder allegations. Police offered a $500 reward for information leading to an arrest of the escapees.

Off-duty personnel have been enlisted in the manhunt and the Jasper Police Department is also helping to search for the inmates, the sheriff's office said in a statement on Facebook. Jasper is about 35 miles northwest of Birmingham.

On its Facebook page, Jasper police asked downtown residents to stay indoors and turn on all outdoor lighting.

According to its website, the jail was opened in 1998 and houses 250 inmates.

In June, four inmates climbed out of an air conditioning vent at Oklahoma's Lincoln County Jail. It was the second time escaping using the same method for three of them.

In 2016, six inmates escaped from the Cocke County Jail Annex in Newport, Tennessee, on Christmas morning after ripping a leaking toilet out of the prison wall. All were recaptured.