Alcohol sales to be cutoff 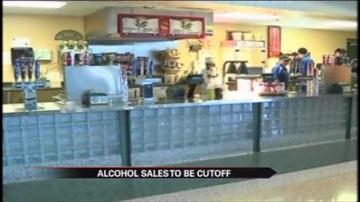 GREEN BAY, Wis. -- Hold on to your hats football fans and get your refills early.  At this week's Green Bay Packer's game, Lambeau Field will be cutting off alcohol sales after half time.

It's part of stepped up security at the stadium.

The packers are taking on the rival Minnesota Vikings in the playoffs.

Packers officials say fans won't be able to buy alcohol once the third quarter begins. Normally, the taps run through the end of the third quarter. Some fans say its feels like they're being punished.

"Very disappointing. This was my Christmas gift from my family, my three children are with me, we made the trek, I still say, 'Go Pack Go,' but I want my beer too," said Dan Algie, Green Bay Packers fan.

The packers are also asking fans to help out the team by reporting poor conduct to stadium and law enforcement personnel.