All eyes on Trump, Ryan relationship after health care defeat 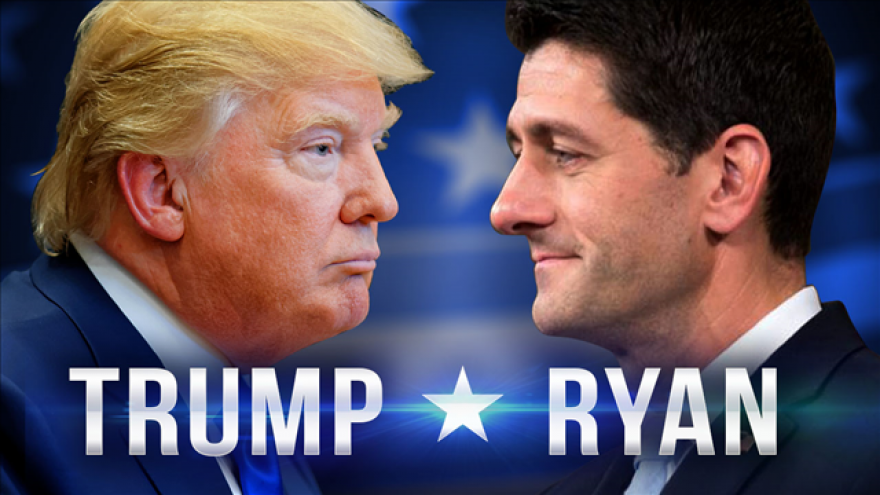 "Paul Ryan needs to step down as speaker of the House," Pirro said. "The reason? He failed to deliver the votes on his health care bill. The one trumpeted to repeal and replace Obamacare. The one that he had seven years to work on. The one he hid under lock and key in the basement of Congress. The one that had to be pulled to prevent the embarrassment of not having enough votes to pass."

After the Republicans' monumental failure last week to repeal and replace Obamacare and hand Trump a key victory in his presidency's first 100 days, all eyes in Washington are on the relationship between the President and speaker, a political odd couple who seemingly forged an amiable alliance after a rocky presidential campaign, and whose unique skills -- Trump the ultimate closer and Ryan the policy guru -- seemed to complement one another.

On Sunday morning, White House chief of staff Reince Priebus told Chris Wallace on "Fox News Sunday" that the President's tweet to tune into a show that would skewer Ryan was merely "coincidental," and that Trump was trying to do his friend Pirro a favor, not insinuate Ryan should resign.

"He doesn't blame Paul Ryan," Priebus said. "In fact, he thought Paul Ryan worked really hard. He enjoys his relationship with Paul Ryan, thinks that Paul Ryan is a great speaker of the House."

Ryan spokesman Doug Andres told CNN that Trump spoke with Ryan on Sunday morning and "the President was clear his tweet had nothing to do with the speaker. They are both eager to get back to work on the agenda."

That conversation followed an hour-long call Saturday, in which the President and speaker discussed about how to move forward on their shared policy goals, Ryan spokeswoman AshLee Strong said.

"Their relationship is stronger than ever right now," Strong told CNN.

Both publicly and behind the scenes, Trump's deepest frustrations appear to be directed not at Ryan, but at the conservative members of the House Freedom Caucus, whom he spent last week trying to negotiate with.

"Democrats are smiling in D.C. that the Freedom Caucus, with the help of Club For Growth and Heritage, have saved Planned Parenthood & Ocare!," Trump tweeted Sunday morning.

The White House had offered the Freedom Caucus an 11th-hour deal to repeal an Obamacare requirement that insurers cover essential health care benefits, such as prescription drugs and hospital stays, to get them on board.

But members of the group argued that that alone wouldn't do enough to reduce premiums. The Freedom Caucus wanted a lot more, including the scrapping popular Obamacare provisions, such as allowing children to stay on their parents' insurance until they are 26 and requiring insurers to cover pre-existing conditions, both of which Trump had promised during the campaign that he wouldn't touch.

As the negotiations progressed, the White House became aware of the schisms within the GOP ranks, which festered for years and led Ryan's predecessor, House Speaker John Boehner, to step down.

But the White House thought things might be different now, with a Republican President in office and a real opportunity to deliver on a seven-year campaign promise.

"We underestimated the acrimony inside the caucus" a senior White House official told CNN adding that they had wrongly assumed the Freedom Caucus would act differently than it had in the past given Trump's popularity in members' districts.

"It wasn't about the policy," the official said. "It didn't matter what policy we made because they didn't want a deal. We were captives in an internal House caucus fight. The Freedom Caucus had too much interest in killing this to send a message to Speaker Ryan: 'You have too much power.'"

For now, Ryan and Trump's relationship appears intact, which will be key to ensuring the next legislative lift, tax reform, gets passed by the House.

But one tell on how things are going will be how much the White House outsources the legislative process to Ryan and Capitol Hill the next time around.