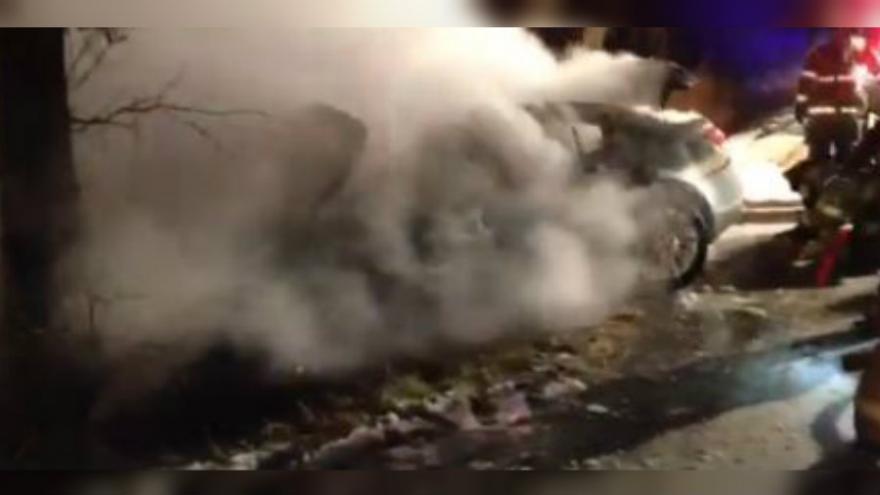 ELKHART COUNTY, Ind. – An alleged drunk driver was put behind bars Wednesday morning after the car he crashed burst into flames.

According to the Elkhart County Sheriff’s Department, deputies responded to a call about a suspicious person in the 63000 block of County Road 11.

When they arrive, they found a vehicle crashed into a tree and fully engulfed in flames.

The driver and “suspicious person,” Reyd Garner was nearby. He allegedly had a blood alcohol content level of .224, nearly three times the legal limit.

Garner was arrested or operating while intoxicated and booked into the Elkhart County Jail.