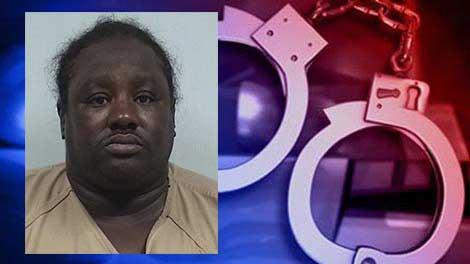 St. Joseph County Police got a search warrant to put a GPS tracking device on all of Darrel Vaughn's vehicles.

From December 4 through January 2, officers with the St. Joseph County Police Department tracked Vaughn's movements with the GPS tracker and physical surveillance.

According to the probable cause affidavit, Vaughn pried open a back window of a home on Barrington Place on December 18 and stole a jewelry case full of jewelry.

On December 22, police say Vaughn attempted to break into a home on Jefferson road. They say a pry tool was used on a back window and a patio door was broken, but it did not appear anyone entered the home.

On December 29, Vaughn is accused of forcing open a back window on a home on Birkdale Court with a pry tool, but no entry was made.

Late January 1, early January 2, St. Joseph County Police say Vaughn's vehicle was in the area of Meadow Bank Lane in Elkhart County. On January 2 it was discovered a home on Meadow Bank Lane had been burglarized and a large amount of jewelry was stolen.

On January 2, police served a search warrant at Vaughn's home on Martin Street in Elkhart County.

Police say they recovered items stolen from the Meadow Bank Lane home at Vaughn's residence as well as a significant amount of jewelry.

Police say they also found a tall jewelry box that was identified as belonging to the victim of the Barrington Place burglary.

Police said they also found a pair of shoes at Vaughn's residence that are consistent with the tread pattern found on footprints at the attempted burglary on Birkdale Court on December 29.

St. Joseph County has charged Vaughn with one count of burglary and two counts of attempted burglary.