Almost a thousand chickens given to families in Benton Harbor 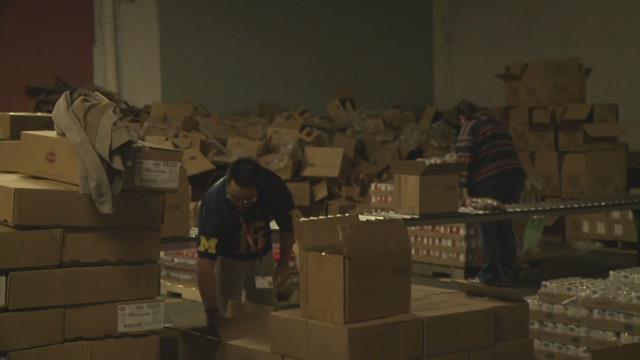 Just about a thousand frozen chickens were given out in downtown Benton Harbor on Wednesday.

The Southwest Michigan Community Action Agency said they served over 420 people in one hour.

Yvonne Vidt said, “People are really thankful, some are going without food for the holidays, and this is a jump start to get them going!”

The community services manager said this is their big holiday feed the family day.

Also in the boxes were milk and veggies for families who can’t afford a nice holiday supper.

Williams said, “I came out here to get my free food because I really need it!”

Another man brought his elderly mom to pick up some chicken.

David Brown said, “A lot of people coming and going. a lot of smiles on people’s faces and stuff like that. Freed food, hey especially for the holiday, everybody will be happy.”

The agency believes they served 937 people.