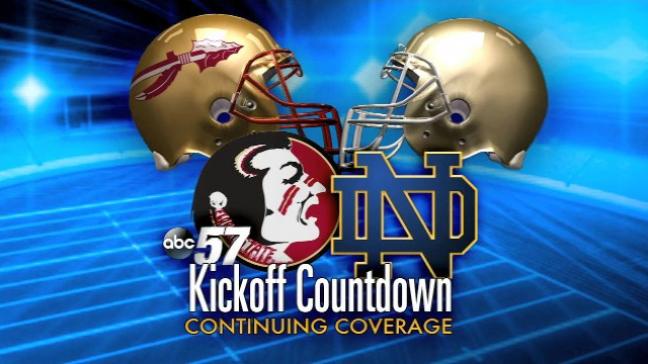 Early Wednesday morning, ABC 57 News started the over 900 mile trip to Tallahassee for Saturday's game between the #5 ranked Fighting Irish and the #2 ranked Florida State Seminoles.

The President of the Notre Dame Alumni Club of Miami spoke with ABC 57 News via Skype about the excitement surrounding the top 5 match-up.

“We have a good group going to the game; at least 40-50 alumni from our group, and there are 19  other alumni groups in Florida sending groups as well. So we are very excited for the big game,” says Danny Yanez, a 2008 graduate of the Notre Dame School of Architecture.

The last time the Irish played in Florida was for the 2012 BCS Championship Game.

In 2011, they faced off against the Seminoles in Orlando.

Both of those games, the Fighting Irish lost and are hoping to change their luck in the Sunshine State, with a current record of 6-0.