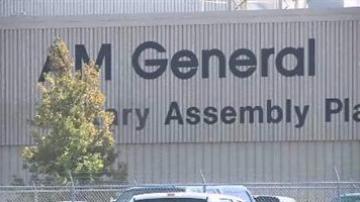 SOUTH BEND, Ind. - AM General has extended its company shutdown for the 3rd time in less than a month.

AM General confirmed the extension to ABC 57 News via e-mail Thursday, "AM General plans to recall employees from its Military Assembly Plant back to work on November 26," The company stated.

"The company continues to negotiate a number of international opportunities which will extend HMMWV production well into the foreseeable future," Jeff Adams with AM General said.

ABC 57 first reported the AM shutdown from October 1st until October 15th.

That shutdown was extended from October 16th until October 26th.

The second shutdown extension would have  put workers back on the job by November 13th.

Stay with ABC 57 as we continue to follow this story.