AM General rolls out Mercedes R-Class 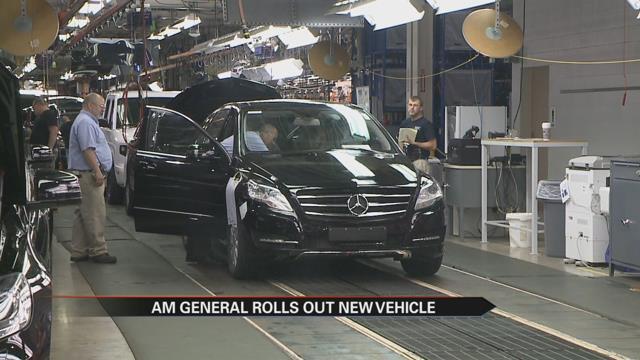 One of Michiana’s largest industrial employers is rolling out a new vehicle.

AM General is the first and only contract manufacturer in the us for Mercedes-Benz, and  Tuesday they’re celebrating production of their class luxury vehicle, the R-Class.

It’s a partnership so big even the governor of Indiana can’t ignore it.
“To see these beautiful vehicles already rolling off the line here at AM General is a great source of encouragement to people in this community,” Gov. Mike Pence said at the celebration.

The particular Mercedes model made in Michiana is only for sale in China, but production’s effects reach right into the Mishawaka community.

AM General says they’re opening up several hundred new positions for Hoosiers on the assembly line, and are rehiring some folks who had been laid off.

“They really could have done this production anywhere on the planet. The fact that they chose Indiana, they chose Mishawaka, they chose AM General, it is a real statement about a business environment we have here,” Pence said.

In a special statement Walorski said,“ I want to congratulate both AM General and Mercedes-Benz on the rollout of the R-Class vehicle at this extraordinary assembly plant. As I hear the sounds from the vehicle production line, I know that means innovation and good paying jobs for Hoosiers. This partnership is not only important to our community, but also to AM General’s expanding global presence. Now, skilled workers from Michiana will help produce and deliver exceptional vehicles for use around the world.”

"It’s a good facility. It’s a flexible facility. We were able to integrate a car in a very short amount of time. We’re in the ramp up so there’s always challenges that go with that, but we’re off to a good start and we feel like we’ve got a good partner here," said President and CEO of Mercedes-Benz U.S. International, Jason Hoff.

The companies will not comment on how long this partnership is set for.