American Flags swiped right from the poles they fly on 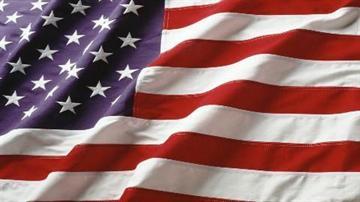 ELKHART, Ind. - The American Flag was stolen right from the front yard it flew in at Brentwood of Elkhart Retirement Community.

"I couldn't believe it. It's kind of like stealing a picture of Jesus, it's too sacred to talk about, we have many veterans in the building," Executive Director of Brentwood of Elkhart, David Henke said.

"We took it as a pretty hard and direct slap to the face."

The flag was one of at least seven that were taken early Tuesday morning. The other flags were stolen from the Cobblestone Crossing residential area.

The flag at Brentwood was brand new, it replaced an old, worn flag last month. It it believed that newer flags were the target of the theft perhaps to be resold.

"We don't know it it was suppose to be some sort of a joke, or something like that, we didn't take it at all that way," Henke said.

Brentwood of Elkhart is the the home of at least a dozen veterans. As you could imagine they were very upset to learn the flag that flew out front was taken by thieves.

"It distresses me greatly. So many people have given their lives throughout the years," U.S. Army Veteran Fred Wacholz said.

"So many soldiers are coming back wounded and killed; why would you steal a flag?" Wacholz questioned.

Elkhart City Police have no suspects at this time, but did come forward with a brand new flag for each of the victims.

Brentwood is also offering a reward for an arrest and conviction.

"We took it so seriously, enough, that we are putting money towards the arrest and indictment of that person. We want them to know, we don't appreciate it. We are taking it serious and we're going to protect our veterans, it's that serious," Henke said.

A reward of 250 + is being offered, Brentwood has financed the $250.00 but Henke said other donors are coming forward adding to the reward. An official total of how much will be given for the arrest and conviction of a suspect hasn't been disclosed yet.

"Bring it back and please read your history books and try to find out what the flag really means," Wacholz added.