Americans infected with Ebola are said to be recovering 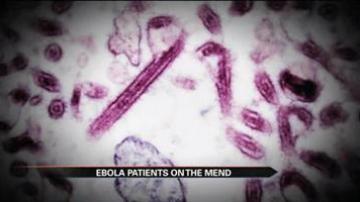 The two Americans who are quarantined and receiving treatment for Ebola are said to be recovering.

Some doctors are questioning whether an experimental drug that has not been cleared as safe for humans might have helped.

"For her to be on a stretcher is not an indication where she is with Ebola its an indication, as David said, she is very, very weak," said Bruce Johnson, President of SIM USA.

Ebola has killed nearly 900 people in four west African countries in what is considered one of the largest outbreaks ever.
Share this article: