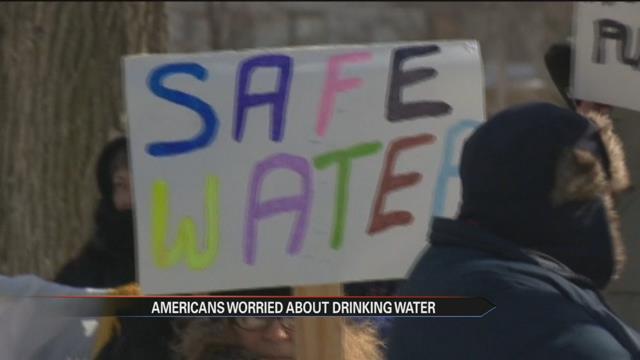 The Flint water crisis has of course drastically altered life for the people of Flint, Michigan but a new poll shows it’s not just those in Flint that have lost their faith in our country's water supply.

A new AP poll shows nearly 2 out of every 10 Americans have zero confidence in the safety of their own tap water.

The poll, released yesterday, shows Americans from minority or lower-income groups are especially likely to worry about their water being contaminated.

Meanwhile, a majority of Americans believe the Flint water crisis represents a more widespread problem in our country.

And even as half of those polled Americans say the government should do more to ensure safe drinking water, one politician, U.S. Senator Mike Lee from Utah, recently released a statement on Flint’s water crisis.

Lee says federal aid is not needed at this time.

“What’s really happening here is that Washington politicians are using the crisis in Flint as an excuse to funnel taxpayer money to their own home states,” said Lee.