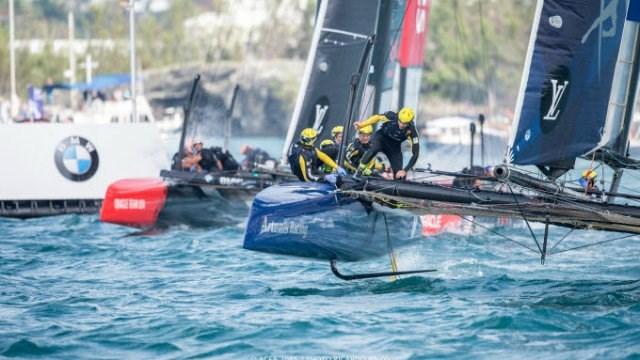 Leading by two points after day one of the Fukuoka regatta, the four-time Olympic champion and his team wrapped up the overall series with a race to spare.

"This has been a goal for us for the whole season and for this event," Ainslie told the America's Cup website from the water. "The guys have done an incredible job.

"For us as a new team it sends out a strong message for all our supporters that we can do it."

While the overall series win turned out to be a relative breeze, the fight for the World Series Fukuoka was anything but.

After Jimmy Spithill skippered Oracle Team USA to victory in the day's first race, the title in Japan was decided by virtue of a tie-break.

In the final contest of the day, Ainslie and his Land Rover BAR crew dramatically hauled themselves level with Nathan Outteridge's Artemis Racing team at the top of the leaderboard.

The British team sailed away with the title in Fukuoka due to a better result in the last race of the day -- finishing third to Artemis Racing's fourth.