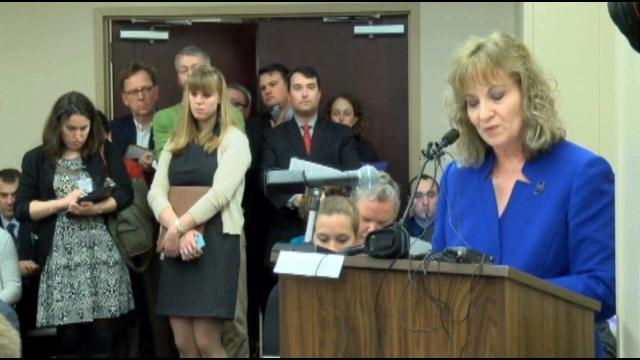 There could be a change coming to who calls the shots for your children's education, and it has sparked a surge of reaction from all corners of the state of Indiana, including right here in Michiana.

The state Board of Education consists of 10 members and is led by State Superintendent of Education Glenda Ritz. If the bill passes, Ritz would no longer be on that board.

That's what had people upset on Sunday.

Opponents of the bill took to Twitter, saying that removing Ritz from power would be ignoring the votes they cast for her to lead education in the Hoosier state. That included the state Board of Teachers.

Over 13,000 tweets poured in as the hashtag #IStandWithRitz topped the trending list in Indiana.

Stefanie, a theater teacher in Indianapolis, added her two cents, saying "This bill is what institutionalized voter fraud looks like."

Middle school science teacher Jim McClain of Osceola believes "appointed board of education members should not have more power than the person elected by the people."

The lawmakers pushing this bill says the move is necessary because of tensions between the board and Ritz.