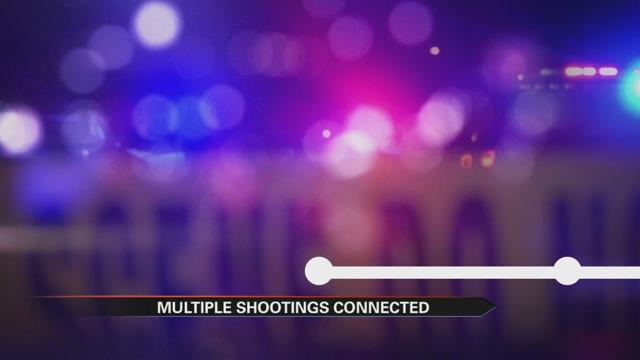 The Elkhart Police department has investigated 13 homicides this year. And a recent shooting victim claims he may have some answers to an unsolved murder.

Sergeant Snyder explains how Elkhart Police investigate each crime individually but do keep track of victims and suspects in case there is a connection.

And while he will not confirm any connection in a recent investigation, court documents lay out some names that the Elkhart Police Department have seen before.

This past Saturday, Rasheed McDavis was arrested for a shooting that happened on McDonald Street on Monday October 17th, and police had interacted with McDavis in August.

That first interaction between police and McDavis is where an interested web of connections begins.

In August, McDavis was shot multiple times and found injured lying in the middle of Middlebury Street.

Police say he was not very cooperative and a suspect was never named in his shooting.

In September Antonio and Anthony McClain were shot and killed on State Street and no one has been charged for murdering those brothers.

On October 17th Maurice Graves was shot and on that night Graves told police two men had fired at him.

One of them he identified as James Ross the other as Rasheed McDavis.

Ross was arrested last Tuesday for the attempted murder of Graves and police confirm he was interviewed as a person of interest in the death of the McClain brothers but he has not been officially charged.