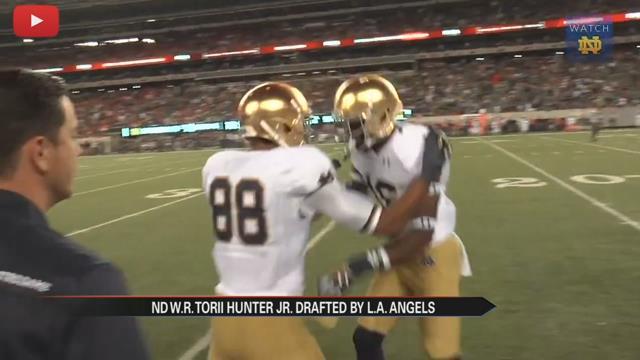 The Los Angeles Angels selected him in the 23rd round.

This comes 23 years after his MLB All-Star father, Torii Hunter, went in the first round of the 1993 draft to the Minnesota twins.

Hunter played in all 13 football games and started in the season-opening rout of Texas.

Hunter Jr. is the second Irish two-sport star to get drafted by MLB in the last three years.