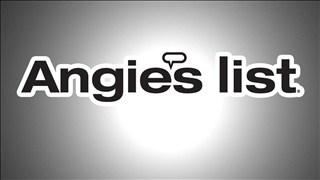 Add Angie's List to the roster of companies and business interests taking a stand against Indiana's new "anti-gay" law.

CEO Bill Oesterle announced Saturday that the company had put its proposed campus expansion project in Indianapolis "on hold" following the passage of the Religious Freedom Restoration Act.

"We are putting the 'Ford Building Project' on hold until we fully understand the implications of the freedom restoration act on our employees, both current and future," Oesterle said in a statement.

"Angie's List is open to all and discriminates against none and we are hugely disappointed in what this bill represents."

On Friday, a spokeswoman for Pence reiterated the Governor's argument that the law does not discriminate against gay people and is similar to 1993 federal law designed to protect American's freedom of religion.

Other businesses have also spoken out against the law saying, it will make it harder to attract employees and customers. They note that Indiana doesn't currently have any laws prohibiting discrimination against gay people.

Apple: CEO Tim Cook tweeted that "Apple is open for everyone. We are deeply disappointed in Indiana's new law... Around the world, we strive to treat every customer the same — regardless of where they come from, how they worship or who they love."

Indiana Chamber of Commerce: "In our eyes, the law is entirely unnecessary. Passing the law was always going to bring the state unwanted attention."

Eli Lilly: "We certainly understand the implications this legislation has on our ability to attract and retain employees. Simply put, we believe discriminatory legislation is bad for Indiana and for business."

NCAA: "We are especially concerned about how this legislation could affect our student-athletes and employees."

Indianapolis is a major destination for conventions and sporting events, including the upcoming NCAA Final Four college basketball tournament.

NCAA President Mark Emmert said the NCAA will "work diligently" to ensure competitors and visitors at next week's Final Four are not "negatively impacted by this bill."

Gen Con, the video game convention: The law would "factor into our decision making on hosting the convention in the state of Indiana in future years."

The convention brought 56,000 people to the state last year, according to Gen Con CEO Adrian Swartout.

Salesforce: CEO Marc Benioff said on Twitter that his company will "dramatically reduce our investments" in Indiana, calling the law an "outrage." Benioff called on other CEOs in the tech industry to follow suit.

Yelp: CEO Jeremy Stoppelman said the company will "make every effort" to expand its corporate operations in states that do not have such laws on the books. "These laws set a terrible precedent that will likely harm the broader economic health of the states where they have been adopted, the businesses currently operating in those states and, most importantly, the consumers who could be victimized under these laws."