Another manufacturer plans to leave Elkhart 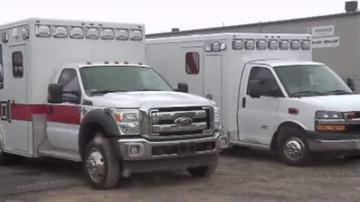 ELKHART, Ind. -- Another manufacturing company in Elkhart is planning to close by July. SJC Industries has been purchased and the new owners plan to close it down.

Last week an RV manufacturer in Elkhart County was bought out and will relocate. The move leaves 500 people without jobs.

The new company plans to close it down and move it to Florida.

That means about 700 jobs total will be leaving Elkhart this summer.

Kyle Hannon, the President of the Greater Elkhart Chamber of Commerce says losing that many jobs is alarming.

“I mean the loss of any job whether it’s just a few or a large number, it's always bad news especially for the families that have to deal with that that have lost their jobs,” said Hannon.