Any signs of severe weather?

NOW: Any signs of severe weather? 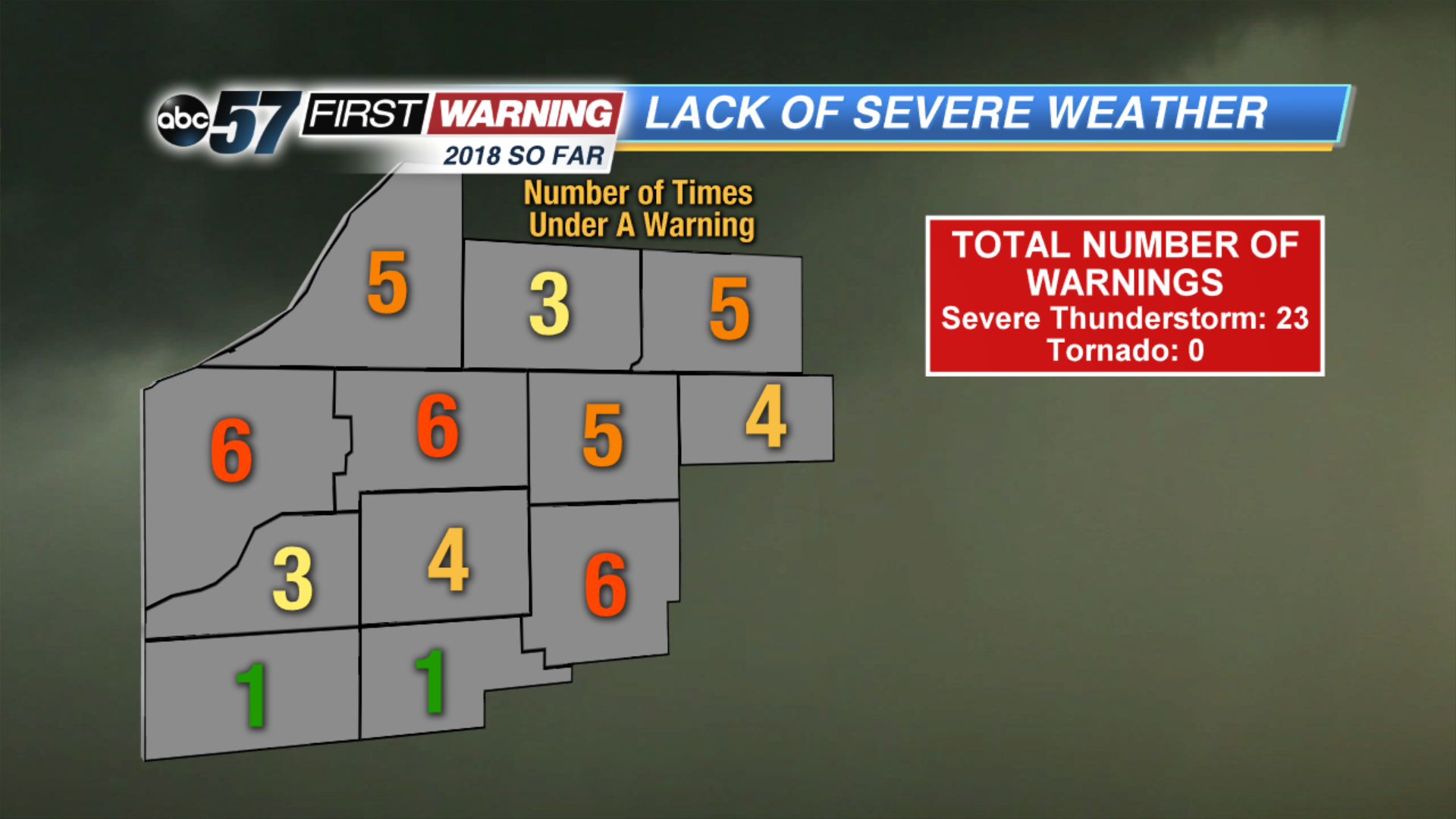 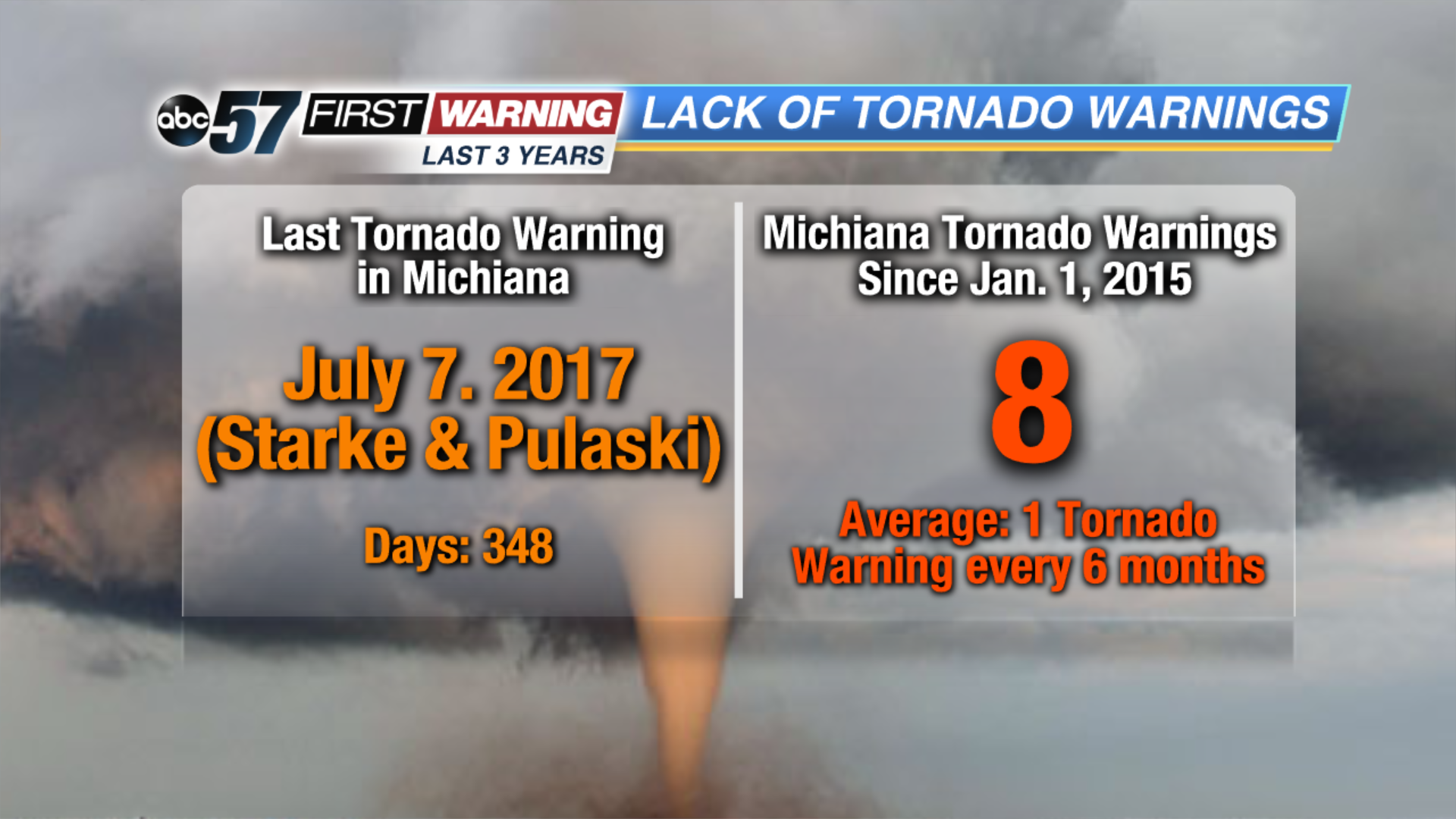 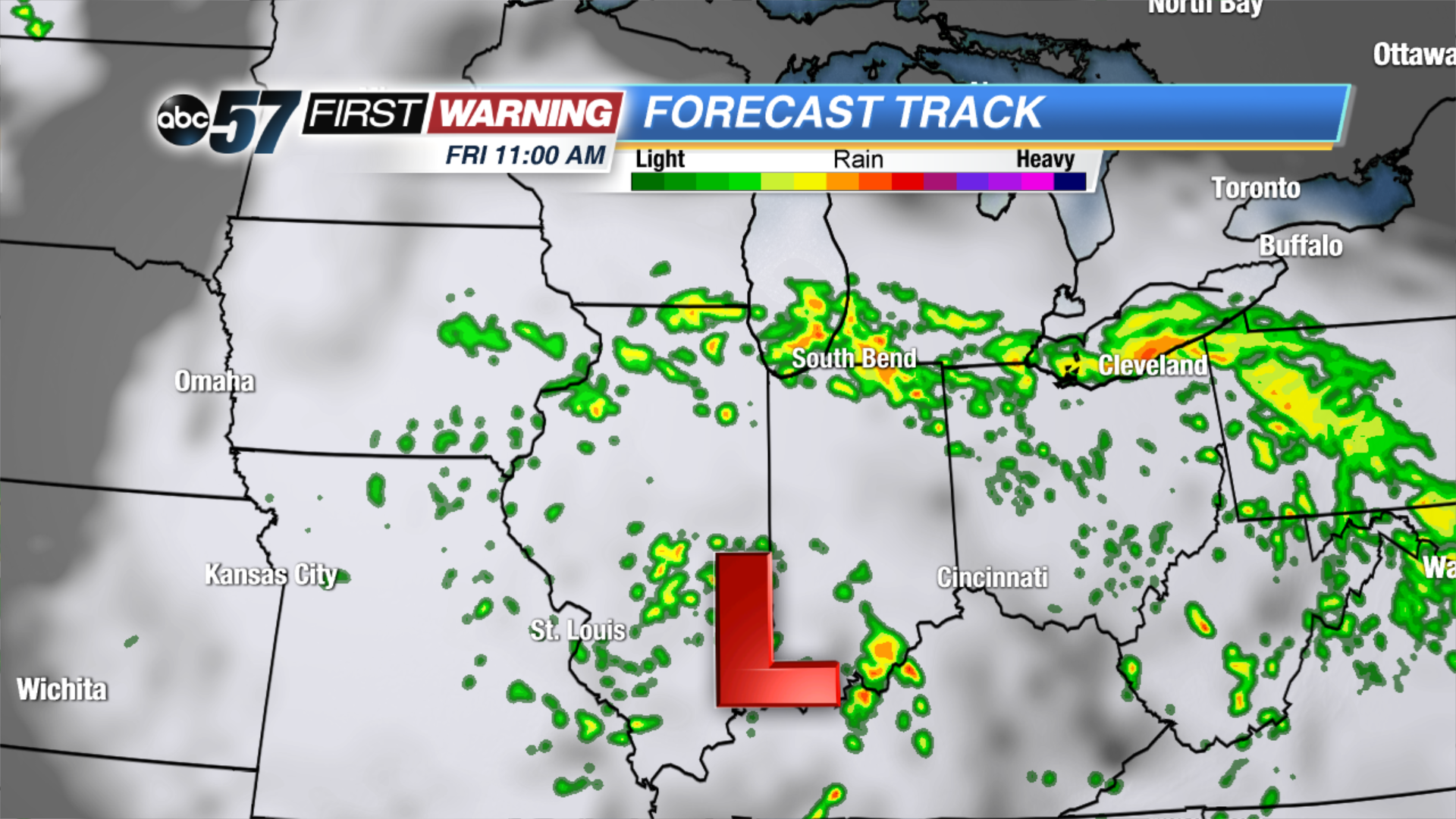 We are by no means trying to say the lack of severe weather is unwelcome. Rather, just that we are climatologically overdue for severe thunderstorms and tornadoes. Looking ahead, the overall risk for any severe weather looks quite low. But it isn't zero. An area of swirling low pressure delivered a round of severe hail, damaging winds and tornadoes to parts of the Plains on Tuesday. That same low will spin about as it moves from Iowa to Illinois and Indiana Thursday into Friday. As it does so, it will send waves of rain and a few thunderstorms into northern Indiana and southern Michigan. And, due to the very moist air mass we will have in place, heavy rain and even a few instances of strong wind gusts will be possible. 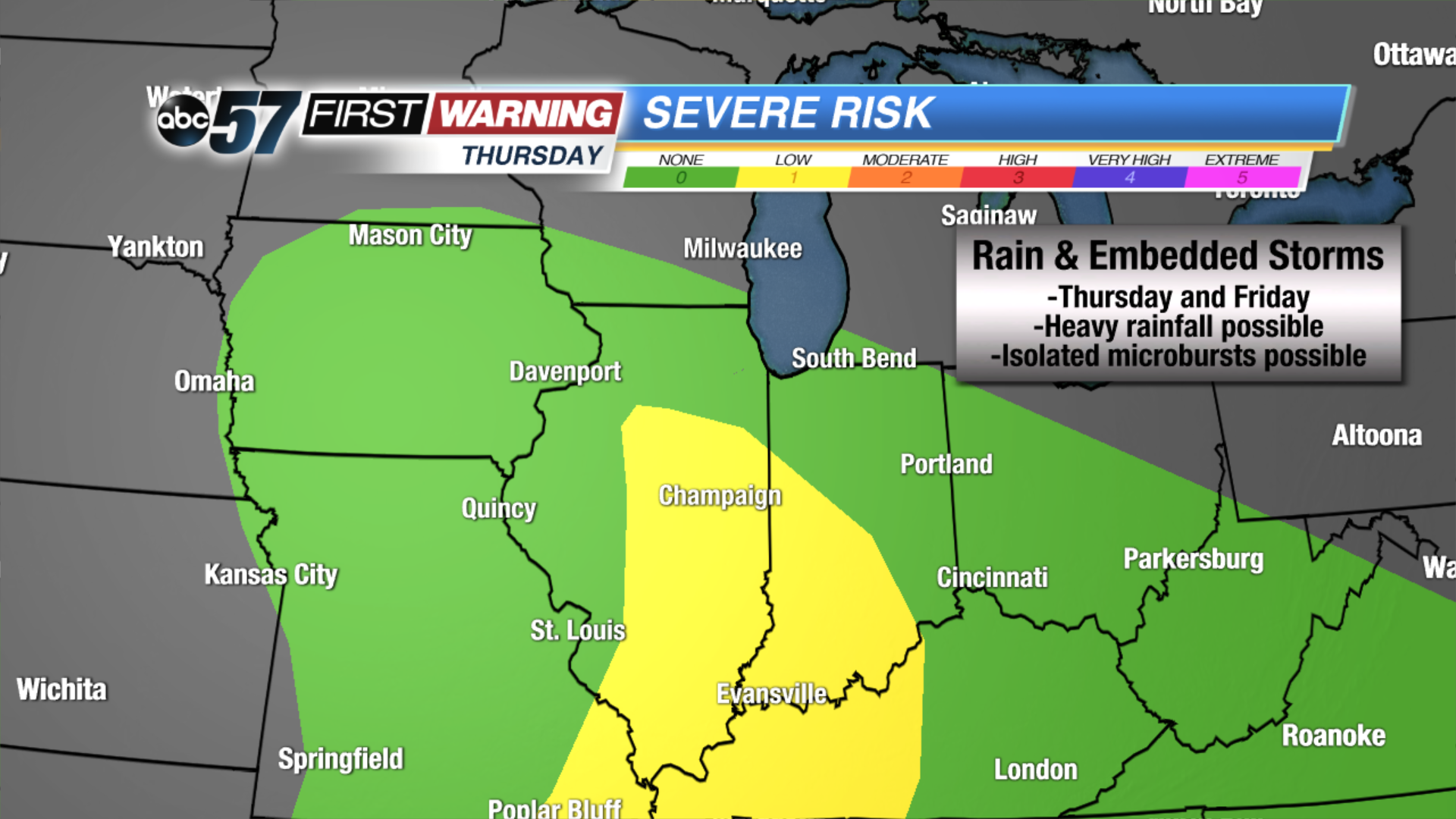 The Storm Prediction Center has a "Marginal (Low) Risk" for severe weather in place in yellow for Thursday and Thursday night. That includes much of Illinois and locations such as Indianapolis, Lafayette, Terre Haute, Bloomington, and Evansville in Indiana. Michiana is not included in that zone, but it is very much possible that it shifts northward in future updates, thus putting Michiana in a risk for a few severe storms. As of now, heavy rain and a few strong to possibly damaging wind gusts are the potential hazards for Thursday and Friday.

Beyond this weekend, the threat for scattered thunderstorms returns to the forecast by later next week and next weekend as a hot, humid air mass settles into the middle of the country. At this time, though, it is impossible to say whether or not a severe threat will accompany those storm chances.