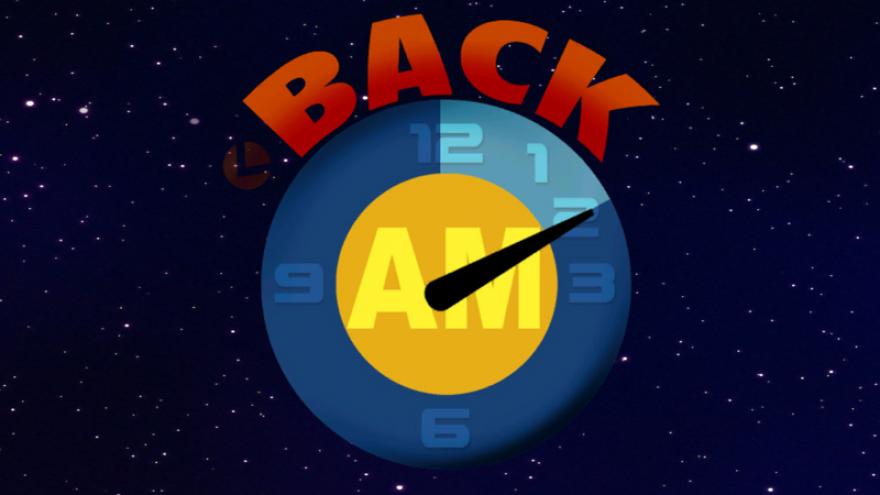 INDIANAPOLIS (AP) — Most people across the country will see their clocks roll back an hour this weekend as nearly eight months of daylight saving time come to an end. It is part of a twice-a-year ritual that most want to stop.

Seven in 10 Americans prefer not to switch back and forth to mark daylight saving time, a new poll shows. But there's no agreement on which time clocks ought to follow.

According to the new poll by The Associated Press-NORC Center for Public Affairs Research, 4 in 10 Americans would like to see their clocks stay on standard time year-round, while about 3 in 10 prefer to stay on daylight saving time. About another 3 in 10 prefer what is the status quo in most of the United States, switching back and forth between daylight saving time in the summer and standard time in the winter.

At least seven state legislatures have backed asking Congress to allow year-round daylight saving time in the past few years — and about 60% of California voters supported a ballot proposition last year calling for such a move.

Arguments about whether later sunsets or earlier sunrises are better for business or safety aren't what matter to some people. Jason Oliver, a 43-year-old retired soldier from Rolla, Missouri, is among those who see the clock changes as just "messing things up" and he doesn't really care which time gets picked.

"To me, I don't see the need to keep flip flopping between times," Oliver said.

The sun-splashed states of Hawaii and Arizona are the only ones where clocks won't change at 2 a.m. local time Sunday, while most others have done the "spring forward" and "fall back" switches since Congress passed the Uniform Time Act in 1966.

Indiana joined them for more than three decades as a time-change holdout until 2006 when legislators by a single vote approved a business-backed push to have all its counties observe daylight saving time.

Sue Dillon became a campaigner for changes to the state's time choice after a teenager was fatally struck in 2009 while running to catch a school bus in the early morning darkness near her home in the Indianapolis suburb of Carmel.

Dillon, a former junior high teacher, maintains Indiana's current sunrise times of 8 a.m. or later during some of the fall and winter are unsafe for children and others walking along roadways. She's campaigned for Indiana to switch from the Eastern time zone to Central so sunrises will come earlier — and believes year-round adoption of daylight saving time would be awful for people living on the western edges of the U.S. time zones.

"Sunrise at 9 in the morning?" Dillon said. "The problem is that the children are out when it is dangerous. That is absolutely inexcusable."

That sunlight hours debate is already going on in much of the country.

Florida's governor in March signed what was dubbed the "Sunshine Protection Act" to keep the Sunshine State on daylight saving time all year long, even though the Florida PTA warned it would endanger students. Supporters argued that winter sunsets about 6:30 p.m., rather than the current 5:30, could give an economic boost with tourists staying later at theme parks and beaches.

Alabama lawmakers have backed a resolution to "forever put an end to the deadly, energy-wasting, productivity-killing, twice-yearly changing of time." Neighboring Tennessee has taken a similar stance.

Bills to ditch time changes have also passed in Oregon and Washington, so with the support of California's voters the West Coast is fully on board with permanent daylight saving time.

Even President Donald Trump has weighed in, tweeting in March that making daylight saving time permanent is "O.K. with me!"

Sen. Marco Rubio and Rep. Vern Buchanan, both of Florida, have introduced measures in Congress to make daylight saving time permanent nationwide but no action has been taken on them.

The AP-NORC poll found about 4 in 10 Americans ages 45 and over prefer permanent daylight saving, compared with about 2 in 10 of those younger. The younger group is more likely than the older to prefer either standard time year round (44% to 36 or switching back and forth (33% to 24%).

Breaux said people know what to expect and that the common complaint about being tired after losing an hour's sleep when time "springs forward" are exaggerated. She said she focuses on proper bedtimes for her 9- and 12-year-old children regardless of the sunrise and sunset times.

"Mother nature is not on human time so it's going to be lighter if it wants to be lighter," Breaux said. "You are not really losing anything."

The AP-NORC poll of 1,075 adults was conducted Oct. 24-28 using a sample drawn from NORC's probability-based AmeriSpeak Panel, which is designed to be representative of the U.S. population. The margin of sampling error for all respondents is plus or minus 4.1 percentage points. Respondents were first selected randomly using address-based sampling methods and later were interviewed online or by phone.

Mishawaka Barnaby’s property is up for sale, owner plans to move business