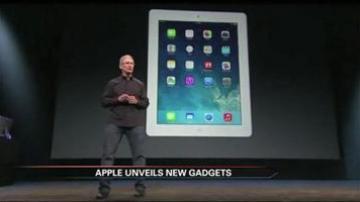 Fans were most excited about the new iPad and iPad mini.

The new ones are supposed to be thinner, lighter, faster, and come equipped with a better camera. Also, just like the iPhone 5S, they will have a fingerprint sensor.

They also said that all Mac users can download free upgrades to get the latest software.