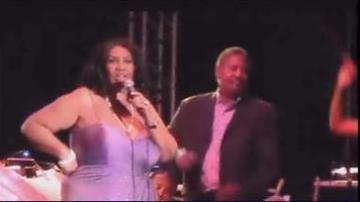 The Queen of Soul, Aretha Franklin may get off her throne to join American Idols' panel of judges.

This comes just days after Jennifer Lopez and Steven Tyler announced they were leaving the show. The 70-year-old singing legend has won 18 Grammys during her career.

In 1987 she became the first woman inducted into the Rock and Roll Hall of Fame.