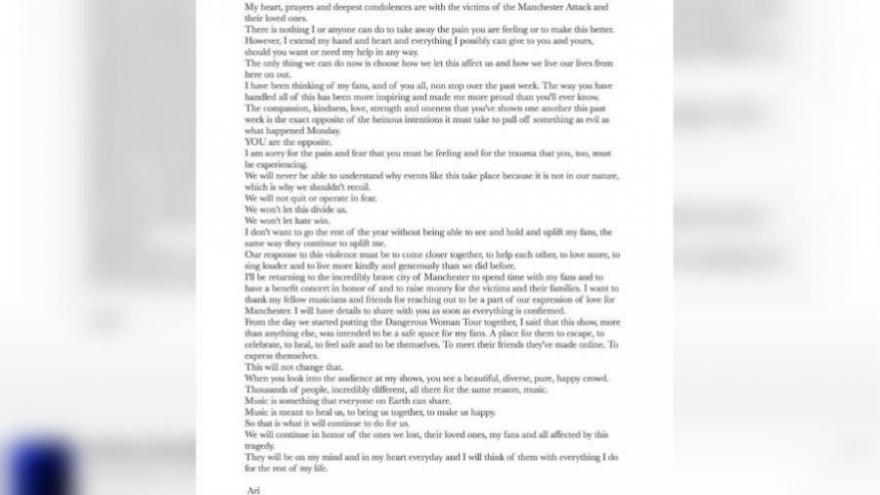 (CNN) -- Ariana Grande has called on her celebrity friends to join forces with her for a benefit concert honoring the victims and families of the Manchester terrorist attack.

A source with knowledge of the planning tells CNN that the concert will take place on June 4 and Coldplay, Katy Perry, Pharrell and Miley Cyrus will also take the stage.

The concert will raise money for those affected by the suicide bombing that took place following Grande's concert last week. The location of the event has not yet been disclosed.

In an open letter on Twitter, Grande called the attack "heinous" and praised her fans for their "kindness, love, strength and oneness."

"Music is something that everyone on Earth can share," she wrote in the letter she tweeted on Friday. "Music is meant to heal us, to bring us together, to make us happy."

In the wake of the attack, Grande suspended her "Dangerous Woman" tour which will affect dates through June 5. She has not said when she plans to return to her tour but AEG, the concert's promoters, are offering refunds for all ticket holders.