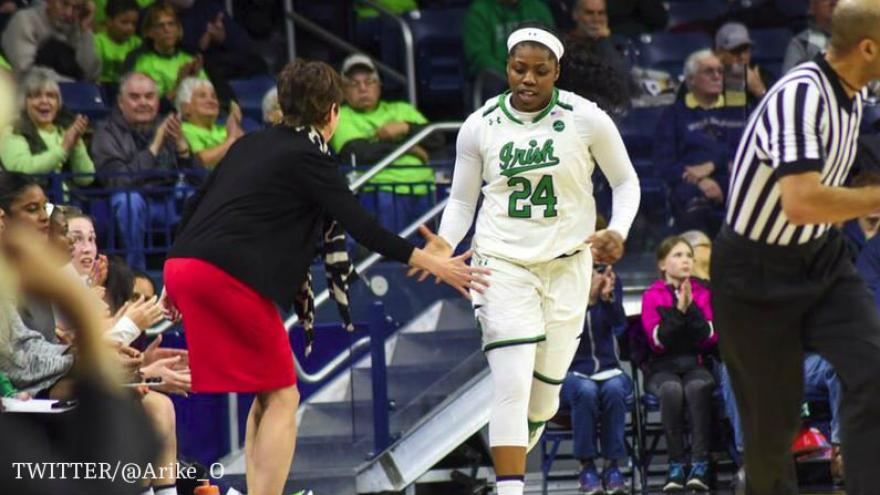 While Ogunbowale has won the award once per season over the last three years, this marks the first time she was named Player of the Week twice in the same season.

Also during the past week, Ogunbowale scored 16 points and four assists in Notre Dame’s 105-53 win over Western Kentucky and 32 points against Marquette.

Most notably, Ogunbowale currently leads all players in the ACC for most 30-point games.

ACC Player of the Week is the latest in a long line of awards and accolades for Ogunbowale, including being named All-American, the Final Four’s Most Outstanding Player and the ACC Female Athlete of the Year.