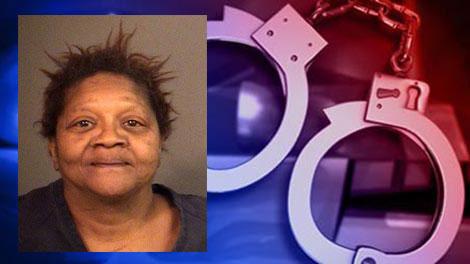 A woman who pleaded guilty to stealing women's underwear and jewelry has been sentenced.

According to police, Williams was in the Wal-Mart on Portage Road in January when employees saw her stealing jewelry, candy, and clothing items.

When employees approached Williams to speak with her, she returned to the women's underwear section of the store and pulled out a pocket knife, swinging it at employees.

Williams eventually pulled out a second pocket knife and began to swing that one at employees as well.

When Williams learned police were en route to the store, she waited in an electric scooter and was arrested without incident.

According to court documents, Williams has previously been convicted of voluntary manslaughter, forgery, and theft.