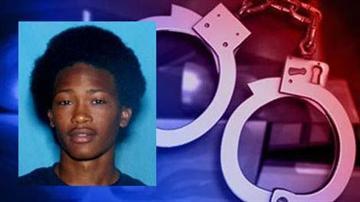 BENTON HARBOR, Mich. -- Wednesday night around 9:30 p.m., a man was robbed by a masked gunman in the area of Lavette and Clay in Benton Harbor.

According to the Department of Public Safety, the victim said the suspect approached him and demanded money. He gave the suspect two $20 bills and two $1 bills.

When Public Safety Officers located the suspect at Empire and Pavone, he ran.

The officers caught up with the suspect in the 900 block of Pavone.

When arrested, police said the suspect had two $20 bills and two $1 bills, a mask and a handgun that was reported stolen.

Ryan Trennel Board was arrested and charged with armed robbery, resisting and obstructing police officers, carrying a concealed weapon, possession of stolen property and possessing a firearm while in the commission of a felony.