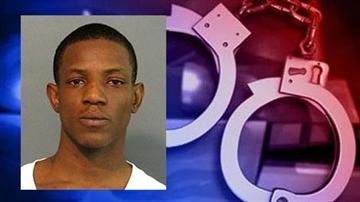 SOUTH BEND, Ind. -- The suspect in an armed robbery at the Phillips 66 on Western Avenue in South Bend was located and arrested after leaving his wallet and identification behind at the scene.

According to South Bend Police, there was an armed robbery at the Phillips 66 on Western Avenue at 1:45 a.m. on April 7.

During the robbery, the suspect dropped his wallet with his Illinois ID card.

After looking for the suspect, 22-year-old Marrell T. Lee, he was found and arrested for robbery.

Police said he had recently moved from Chicago to the South Bend area.

Police are encouraging all robbery suspects to leave identification behind at crime scenes.