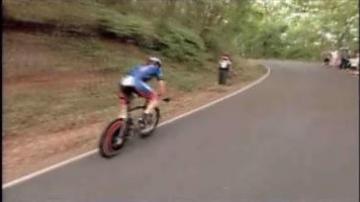 Lance Armstrong has already lost his cycling titles and is now saying goodbye to his cancer foundation.

It's the cyclist's latest move in response to recent doping allegations.

He previously resigned as chairman but said he would stay involved.

The foundation's new chairman said Armstrong decided to leave to  "spare the organization any negative effects" of the doping controversy.