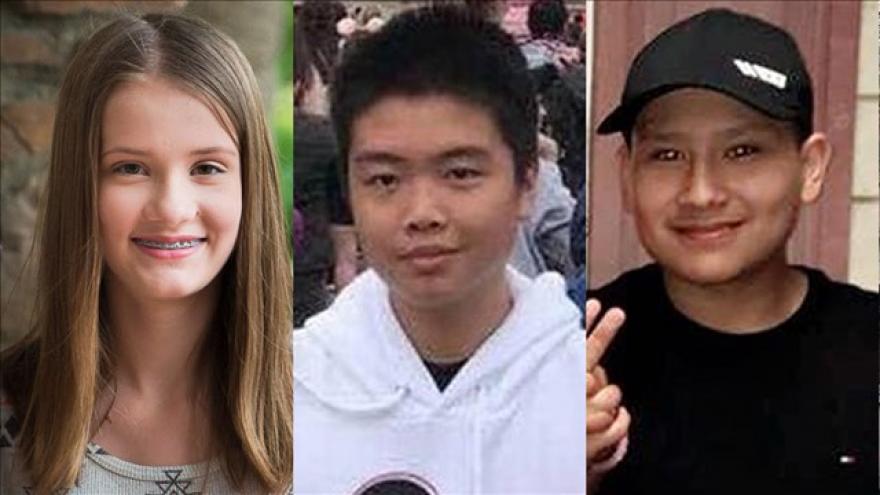 (CNN) -- The US Army is awarding medals for heroism to three students killed in last week's school shooting in Parkland, Florida.

Alaina Petty, Peter Wang and Martin Duque, all students at Marjory Stoneman Douglas High School, were also cadets in the school's Junior Reserve Officers' Training Corps program and will receive the Medal of Heroism for their actions in last Wednesday's shooting.

Petty's family was presented with her medal at her funeral service Monday, and Wang's family was due to receive his medal at his service Tuesday morning, where Wang was to be buried in his JROTC uniform, according to Army spokesman Michael Maddox.

"The JROTC Heroism medal will be on his uniform, but a second 'keepsake' medal," will be given to the Wang family, Maddox said.

Duque's family will be presented with his medal during a service on Saturday.

Separately, the United States Military Academy at West Point announced Tuesday it would posthumously offer acceptance to Wang, according to a statement from the academy.

Wang was shot repeatedly while holding a door open to let other people escape. "He died a gentleman holding the door for other students," his classmate Kelsey Friend told CNN after the shooting.

Awards for other possible cadets are going through the review process. Maddox said the current focus is on "supporting the funerals and dignity and honor, so deserved by these cadets and their families."

According to the Army, the Medal of Heroism is awarded to a JROTC cadet "who performs an act of heroism."

"The achievement must be an accomplishment so exceptional and outstanding that it clearly sets the individual apart from fellow students or from other persons in similar circumstances," according to the criteria laid out by the Army. "The performance must have involved the acceptance of danger and extraordinary responsibilities, exemplifying praiseworthy fortitude and courage."

Seventeen people were killed in the shooting.