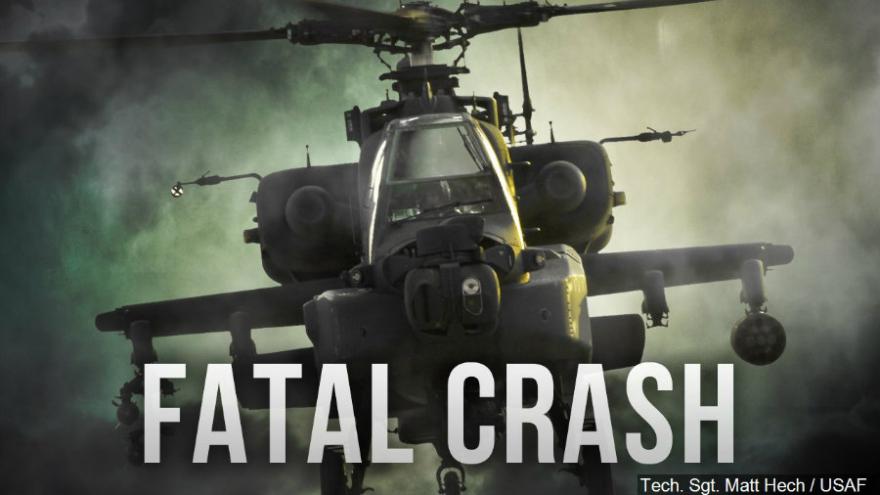 Connolly was an instructor pilot and Casadona a pilot in the 101st Airborne Division's combat aviation brigade, Army officials said in a news release.

The crash took place at the local training area of the soldiers' base at Fort Campbell, Kentucky. The two men were conducting routine training when their Apache helicopter crashed at around 9:50 p.m., the release said. No one else was aboard the chopper.

The cause of the accident is under investigation, the Army said.

"The Destiny Brigade has suffered a great tragedy, and our thoughts and prayers go out to the families of the deceased," said Col. Craig Alia, the commander of the brigade. "This is an unfortunate event, and we are saddened by the loss of our fellow soldiers. We ask that everyone respect the privacy of the families as they grieve the loss of their loved ones."

The fatal accident is the latest in a string of accidental military crashes in the past week that have killed a total of seven service members and led to a call in Congress for the Pentagon to make military readiness a top priority. Sixteen service members have been killed in crashes since the middle of last month.

"What has been evident to me for some time is now becoming clear to the American people. The readiness of our military is at a crisis point," House Armed Services Committee Chairman Mac Thornberry said.

"Congress voted to provide our troops the funds they need to begin turning this crisis around," the Texas Republican added, saying, "there can be no higher priority for the Department of Defense than ensuring that our aircraft are safe and that pilots get the training they need."