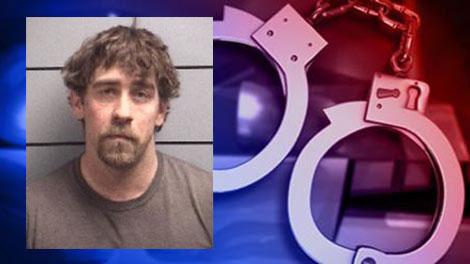 The Plymouth Police Department has made an arrest in the March 13, 2011 house fire and meth lab at a home on Pearl Street in Plymouth.

The Plymouth Police Department received information about the fire on November 5, 2014 that injured an occupant of the house.

The police department continued its investigation and forwarded its findings to the Marshall County Prosecutor's Office.
An arrest warrant was issued on Tuesday for Glenn Linderman.

Linderman was arrested Wednesday and charged with dealing methamphetamine, aggravated battery and arson.