Arrest made in death of woman found at Wilson Primary Center 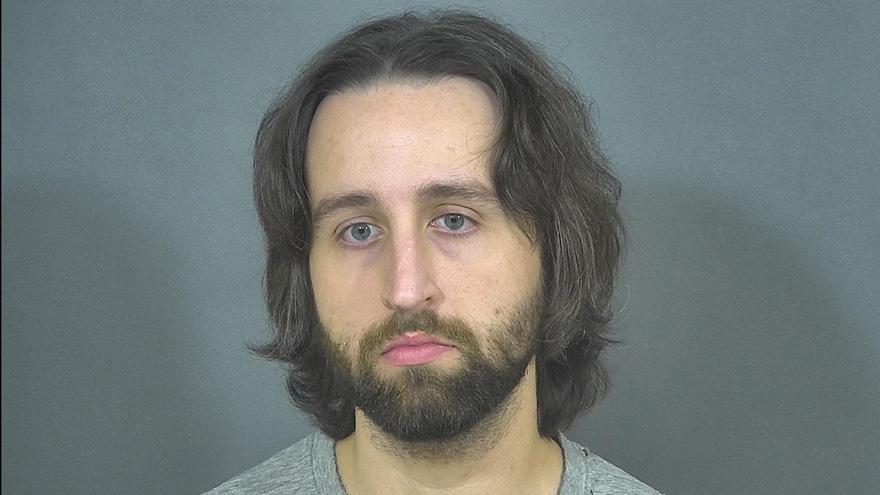 SOUTH BEND, Ind. -- Charges have been filed against Maximilian Kleiman, 26, for the murder of Jessica Yost, whose body was found in front of Wilson Primary Center in March 2018.

Kleiman was arrested in Fort Wayne and transported to the St. Joseph County Jail on Wednesday. He has been charged with one count of murder.

St. Joseph County Police were called to a home on Oak Street on March 24 after receiving a 9-1-1 call from Kleiman who claimed a woman shot him and left in a vehicle, according to the probable cause affidavit.

When officers arrived, they found Kleiman with stab wounds. He was transported to the hospital with serious injuries.

Inside his home, officers found a rifle and a spent casing. A firearms expert later determined the casing was not recently fired from a weapon.

While investigating at the home, officers found a trail of blood that led into the road and across the street on the property of Wilson Primary Center.

Officers followed the trail to the entrance to the school where they found Yost's body and a large pool of blood, according to the probable cause affidavit.

At the hospital, because Kleiman could die from his injuries, officers asked him if he wanted to explain what happened before he went into surgery, reports said.

Kleiman told police he was fighting with Yost inside his home and that she had stabbed him with a knife. He said he went downstairs to get a rifle and fired it in the air while in the basement to scare her away, reports said.

He said he and Yost had been doing drugs and drinking before they started fighting, but did not mention stabbing Yost.

The autopsy found Yost had a stab wound under her breast, which punctured vital organs. She also had significant amounts of bruising.

Inside the home, officers located a kitchen knife with a large amount of blood on it. DNA testing revealed DNA consistent with Jessica Yost, according to the probable cause affidavit.

On the phone, police said they found a recording that was made on March 24, shortly before Yost was killed.

In the video, police said Yost and Kleiman were arguing. Kleiman was drinking from a liquor bottle, rapping and expressing how angry he was with Yost. As the recording ends, Yost is trying to get Kleiman to go to bed, according to the probable cause affidavit.

She then begins screaming for him to get off her, while Kleiman repeatedly screamed to Yost she was going to die that night, then the recording ends, according to court documents.

Security camera footage picked up where the recording left off, police said.

The security footage shows Yost running from the house, across the road to the school - and she disappears off camera, reports said.

Kleiman then is seen walking towards where Yost disappeared from view of the camera.

Kleiman is then seen walking back to his house where 911 was called.

Kleiman will be arraigned Thursday afternoon.