Arrest made in fatal shooting of 11-year-old Chicago girl 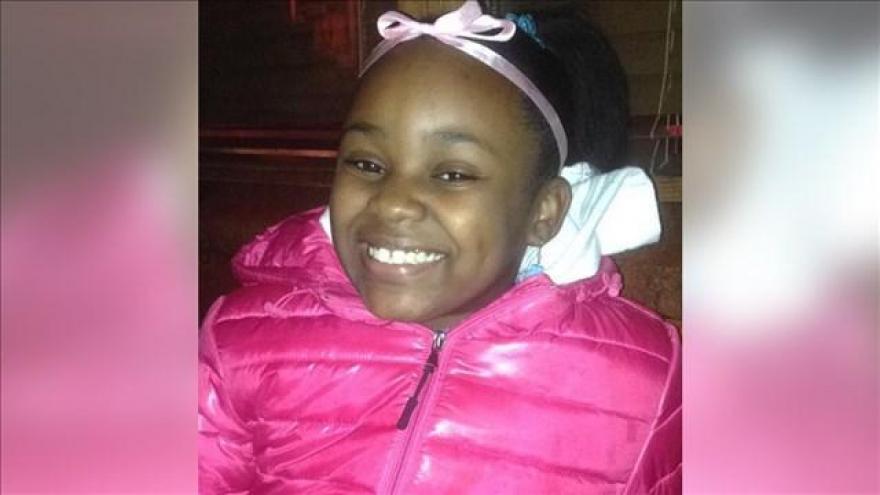 (CNN) -- A 19-year-old man has been charged with murder in connection with one of three shootings involving children in Chicago during a three-day period, police Superintendent Eddie Johnson said Wednesday.

The suspect, Atwan Jones, could face additional charges related to the shooting of 11-year-old Takiya Holmes, who died after being struck in the head by a stray bullet while sitting in the backseat of a minivan on Saturday, police said.

Takiya did not regain consciousness after the shooting and died Tuesday morning "in her mother's arms," according to a Facebook post from her cousin, Rachel Williams.

"I'd like to just tell the public, if you know something, don't be afraid to tell," she said.

She said, "A lot of people know these people that's doing the shootings but they won't say anything. And some of them (are) in fear because they're afraid that if they say something, they're going to retaliate against them."

Jones, who lives across the street from where Takiya was shot, allegedly saw three people on that street that "he felt did not belong," retrieved a handgun and opened fire, according to police Commander Brendan Deenihan.

Jones missed his intended targets but a stray bullet caught Takiya moments after her mother's minivan pulled up, Deenihan said.

The suspect, who had been arrested for various offenses as a juvenile, turned himself after people in the area identified him to police, Deenihan said.

Jones was being held without bond. It was unclear Wednesday whether he has an attorney.

In a city that had 762 homicides last year, an increase of more than 50% from the previous year, Johnson made an impassioned plea to state legislators for stricter sentences for gun crimes.

"Give us the tools to make offenders think twice about pulling a trigger," he said at a news conference. "We need to create a culture of accountability... Enough is enough."

Illinois has relatively restrictive gun laws and Gov. Bruce Rauner last year approved a law imposing a stiff penalty on anyone without a gun-owner identification card who brings a gun into the state of Illinois to sell.

The law is meant to cut down on straw purchasers who buy guns in states with loose laws and drive them into cities with tough gun control laws, such as Chicago, for resale. Officials point to neighboring Indiana.

Takiya was one of two girls struck by stray bullets in the city on Saturday alone, bloody incidents that further highlighted the city's problem with violent crime. Of the three children, two have died.

Kanari Gentry-Bowers, 12, is listed in critical condition at Stroger Hospital, according to CNN affiliate WLS.

On Tuesday, a 2-year-old child and a 26-year-old man were shot and killed while they were riding in a car, Chicago police said. Another person in the vehicle, a pregnant woman, also was shot; she and her unborn child were in stable condition, police said.

The 2-year-old was identified as Lavontay White, according to records provided by the Cook County Medical Examiner's office.

The shooting was captured in a social media video that shows the three in a vehicle, listening to music, when 16 gunshots rang out. The woman ran from the vehicle screaming and said she had been shot in the stomach.