Arrest made in May 2018 shooting on Miami Street 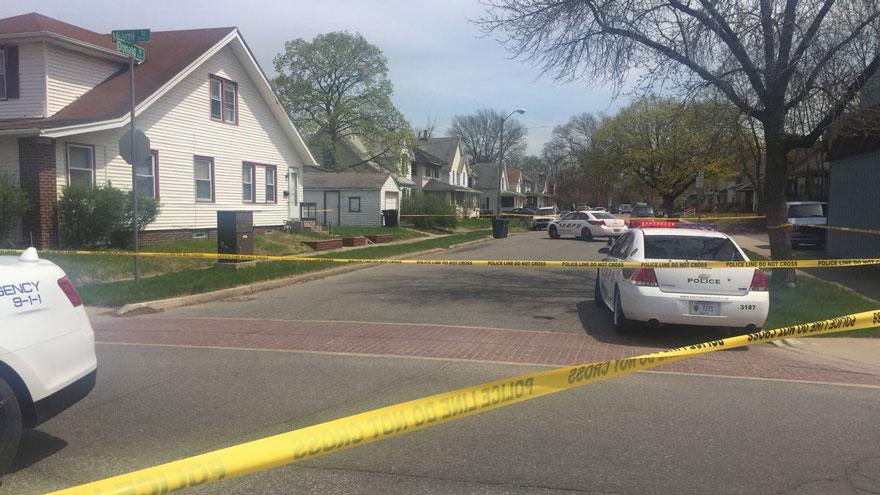 SOUTH BEND, Ind. -- South Bend Police have arrested a suspect in a shooting that happened in the 2000 block of Miami Street in May 2018.

Kahala Wright, 18, has been charged with two counts of attempted murder and one of the charges includes a gang enhancement.

Just before noon on May 2, South Bend Police were called to the 2000 block of S. Miami Street to investigate a shooting.

At the scene, police located 14 shell casings and several bullet holes in the home.

A woman at the scene, Janovia Smith, had been shot and transported to the hospital by a family member, reports said.

Janovia's brother, Demetrice Smith, told police he and Janovia walked to the Stop N' Go at Bowman and Miami streets.

As they approached the convenience store, Demetrice saw two members of a rival gang, later identified as Wright and Daquoine Hairston, exit the store. He and the men made eye contact and one of them yelled "What you all on?" according to the probable cause affidavit.

Demetrice and Janovia turned around and walked back to their home.

When they arrived home, Janovia and their other sister stayed outside and Demetrice went inside.

A short time later Demetrice said he heard yelling outside, so he and several other family members went outside.

He saw the two men from the convenience store outside and then he heard gunfire.

Demetrice's family ran inside the home as he heard bullets strike the house, reports said.

Janovia was shot and transported to the hospital by a family member.

Officers obtained surveillance video from the convenience store. It showed Wright and Hairston enter the store, then go outside towards the fuel pumps. Wright then appears to be focused on something on Miami Street and appeared to be gesturing as if talking to someone, according to the probable cause affidavit.

The video also allegedly showed Wright carrying a black handgun in his right hand heading down an alley just before the shooting happened at Donald and Miami streets, according to the probable cause affidavit.

Police determined the two suspects possibly fled to a home on Donald Street.

Both Wright and Hairston were located. Wright had changed his clothes, except for his shoes and Hairston was still wearing the dark pants he was wearing in the surveillance video, according to police.

Hairston's gun was located in the yard of a home on E. Bowman, according to police.

A firearm and tool mark examiner determined four of the shell casings recovered from outside the Miami Street residence were fired from his weapon.

Wright was formally charged on May 14, but was not arrested until October 5.